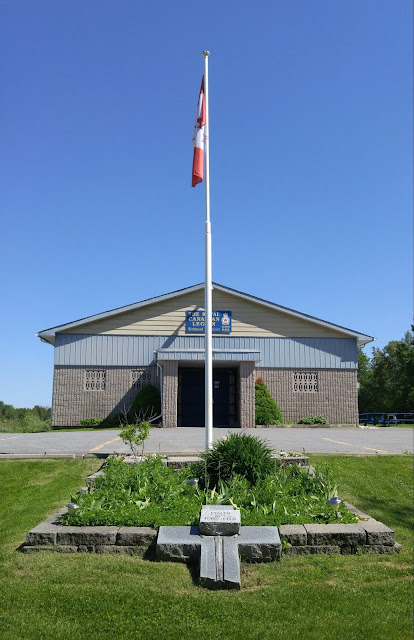 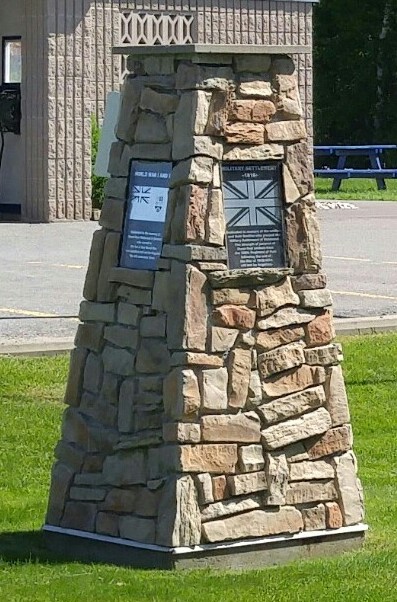 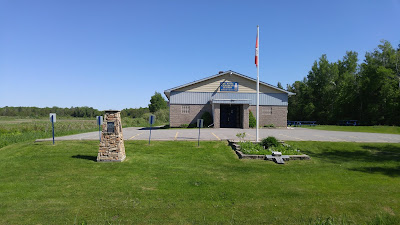 Named after Charles Lennox 4th Duke of Richmond, Richmond Ontario, now part of Ottawa, was founded in 1818. Selected by the British Army, Richmond was one of the first military settlement in the area after the war or 1812. The military relinquished the control of the village of Richmond in 1822.

This location has 3 types of memorials.  A cairn, a headstone and a mural.

The cairn, about 6 ft tall has 4 plaques honouring the memory of the Peacekeepers, the soldiers of the War of 1812, WWI, WWII and the members of The Royal Canadian Legion Branch 625.

*Thanks once again to Louise Bellec for the photos and description. 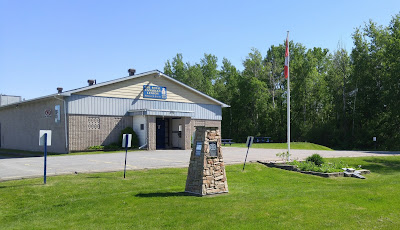 Plaques:                 ROYAL CANADIAN LEGION
Dedicated to the memory of
past, current, and future members of
Branch 625 Royal Canadian Legion
Richmond and District Ontario 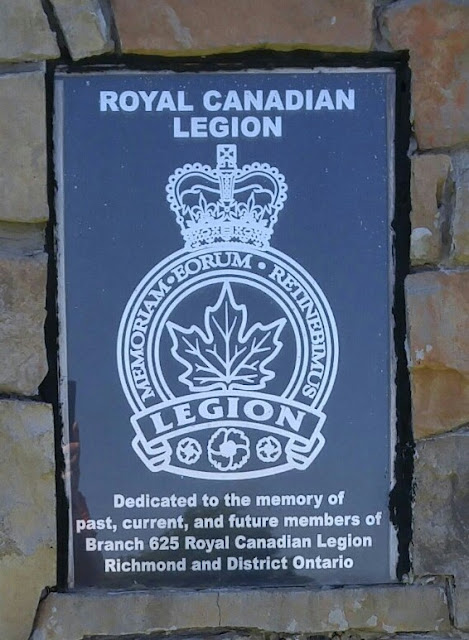 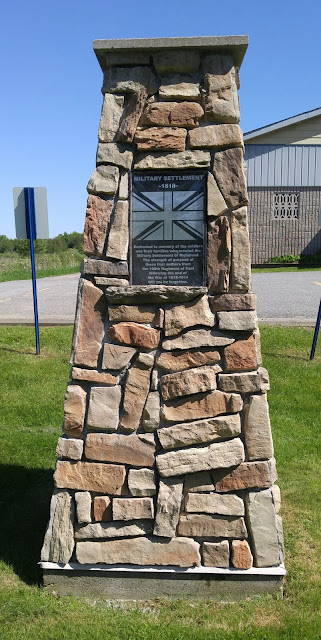 Dedicated to memory of the soldiers
and their families who created the
Military Settlement of Richmond.
The strenght of purpose of
those first settlers from
the 100th Regiment of Foot
following the end of
the War of 1812-1814
will not be forgotten. 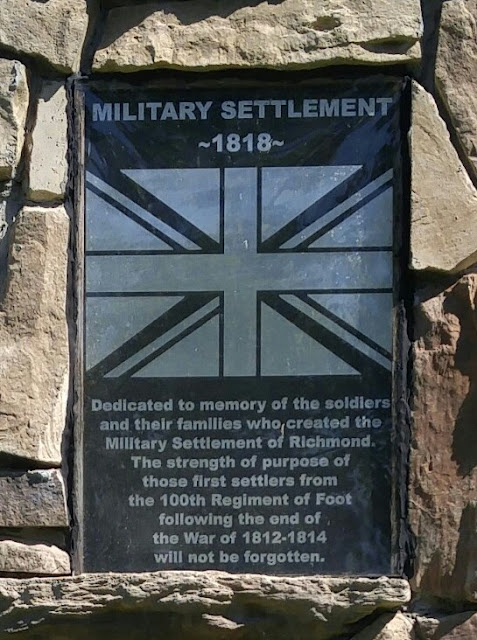 WORLD WAR I AND II

Dedicated to the memory of
those from Richmond & District
who served in
the 1st or 2nd World War.
Their sacrifice will not be forgotten.
We will remember them. 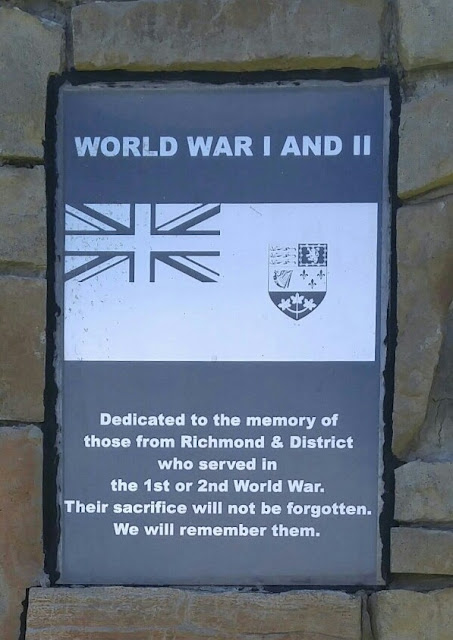 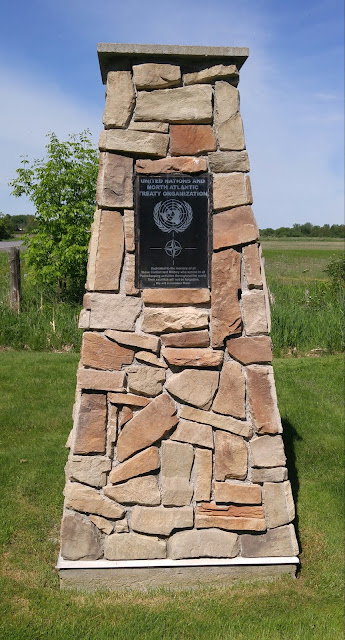 Dedicated to the memory of all
those Civilian and Military who served in all
Peacekeeping activities throughout the world.
Their sacrifice will not be forgotten.
We will remember them. 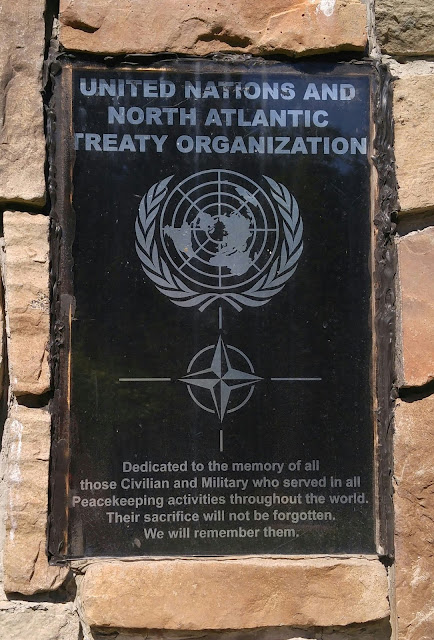 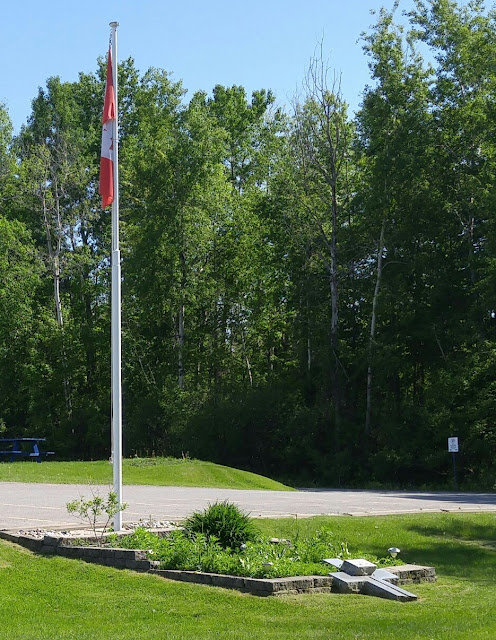 This memorial looks more to me as a broken cross shaped headstone that had fallen perhaps done on purpose to match the inscription on the brick that is lying on it. It is at the foot of an encircled plant bed with the Canadian flag behind. It is a beautiful memorial that it is touching when one looks at it. Representing any soldier, I felt a little bit sad when I was looking at it. Thoughts going in my mind. Trying to imagine what they went through, a life cut short and many of them died young. They gave their lives so that we could live. 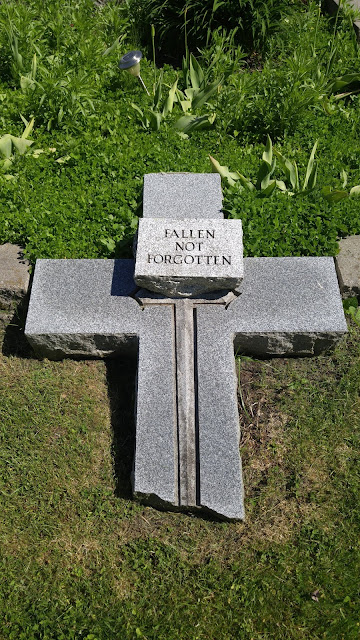 Mural
Painted between July 1996 to September 1997, this mural was designed and executed by Becky Marr-Johnson, a local artist from North Gower. The Richmond Legion Mural is a 2 themed mural. The left side represents Richmond ON and its landmarks while the right side is more about the role of the Canadian Forces since WWI. 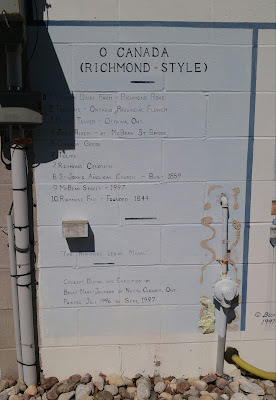 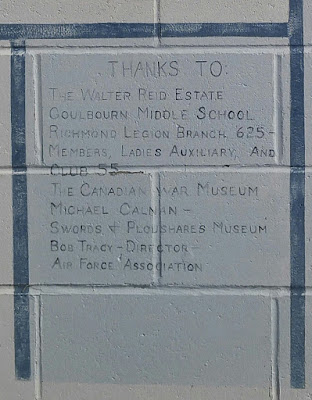 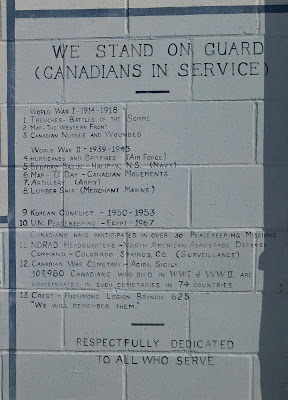 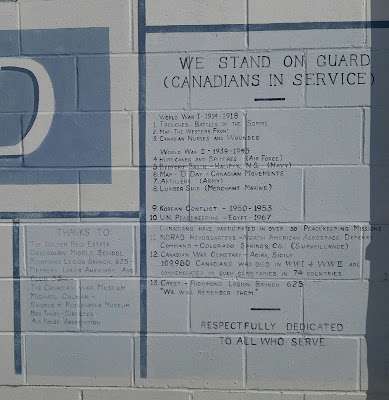 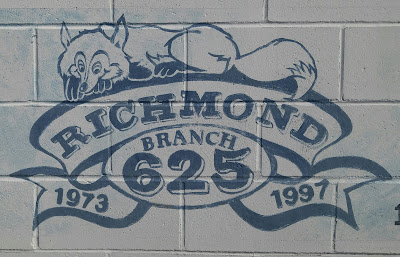 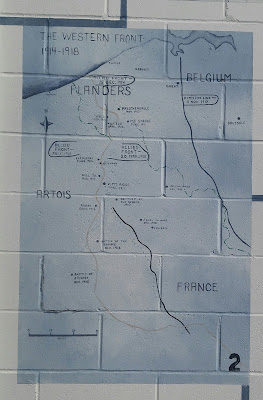 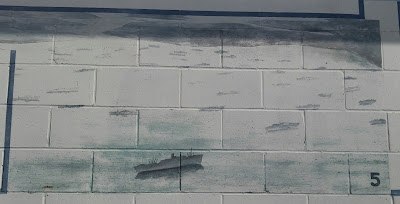 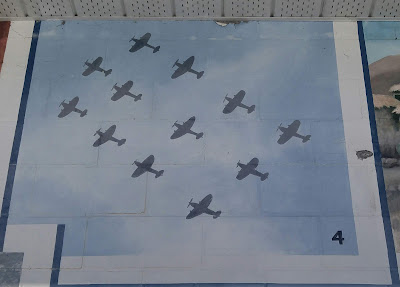 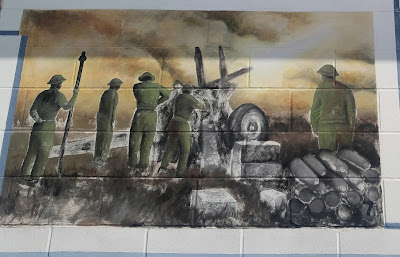 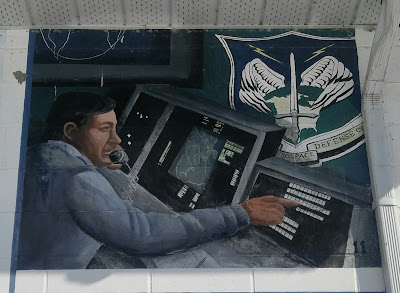 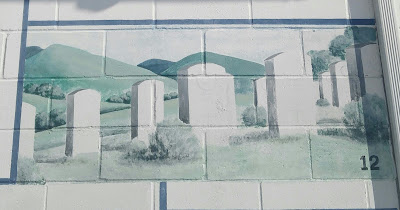 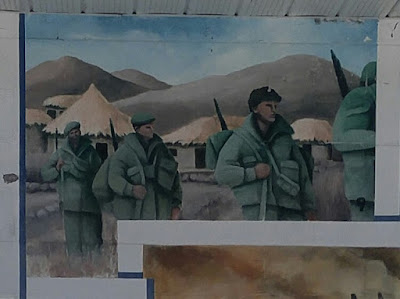 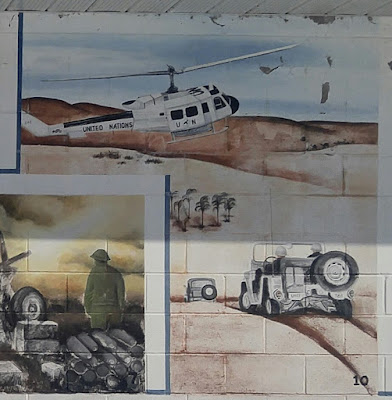 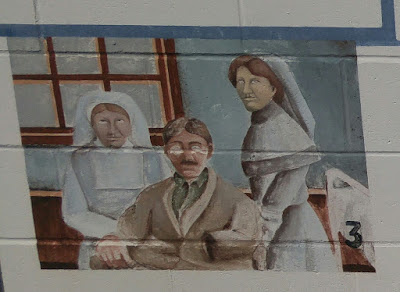 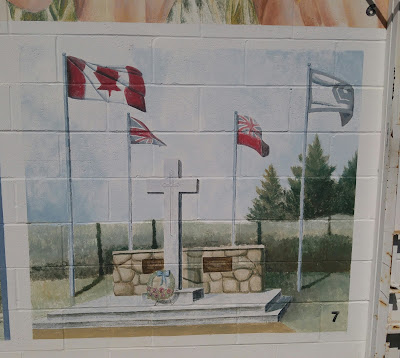