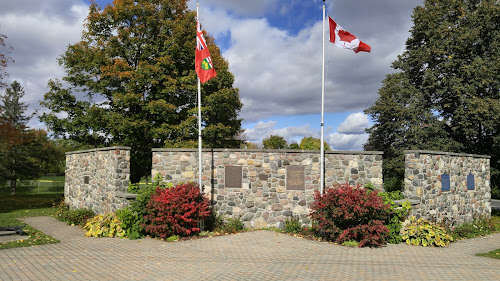 At 772 Front Road West, at the entrance to L'Original Camping. 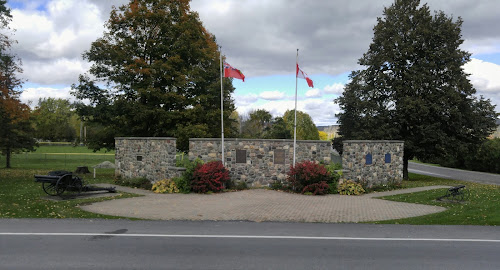 Not only is the site of this monument is at the entrance of a park, it is also situated in an historical area along the Ottawa River.

The monument was erected for the commemoration of the Centennial of Confederation in Canada. The wall, which is in 3 parts, looks like the style that they would have built houses and fences hundreds of years ago. In front are the Ontarian and Canadian flags. on each side in front of the wall are 2 cannons. A walkway leads to the middle wall where you can pay you respects. There are 2 plaques honouring and commemorating our brave soldiers of the Second World War and the Korean War.  The two cannons do not have any plaques.

***Special thanks once again to Louise Bellec for the photos and research. 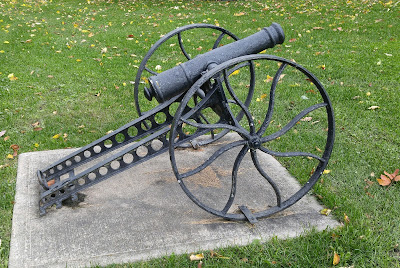 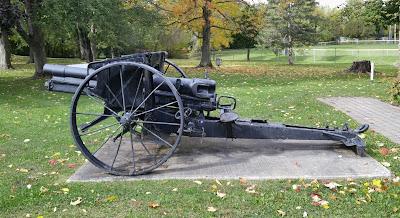 ERECTED BY THE VILLAGE OF L'ORIGINAL

AND THE TOWNSHIP OF LONGUEUIL

IN PERMANENT COMMEMORATION IN

CANADA IN 1967.  CONSTRUCTION WAS MADE

POSSIBLE THROUGH THE CO-OPERATION OF

THE PROVINCE OF ONTARIO AND

THE GOVERNMENT OF CANADA. 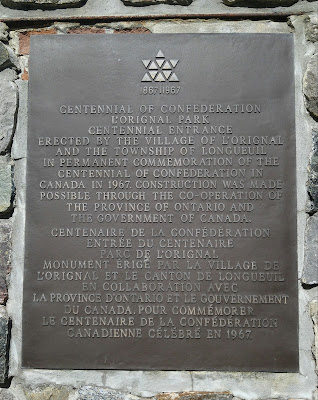 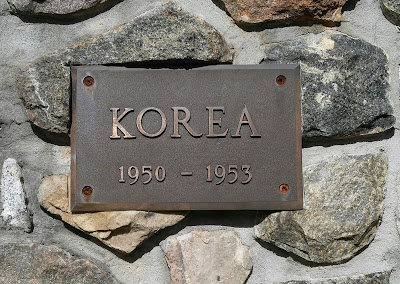 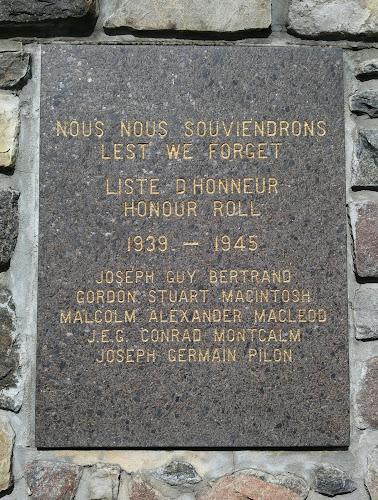 THE SEIGNEURY OF L'ORIGNAL

This area, the present township of Longueuil, was granted

in 1674 to François Prevost, Town Mayor of Quebec, and was

the first seigneury in what is now Ontario. Known originally

as the seigneury of "Pointe a L'Orignac", it was not developed

until the Hon. Joseph Le Moyne de Longueuil, seigneur since

mills and roads and expanded settlement. A United States

citizen, Treadwell left Canada during the War of 1812 and

forfeited his lands, but later regained these and sold the

seigneurial lands had passed out of the family.

Archaeological and Historic Sites Board of Ontario. 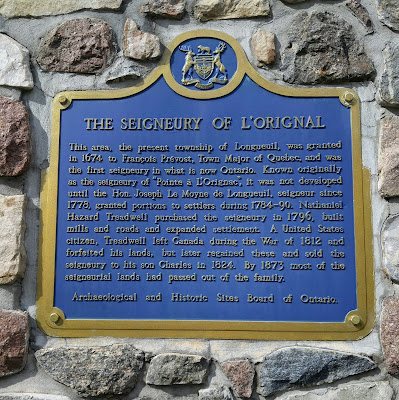 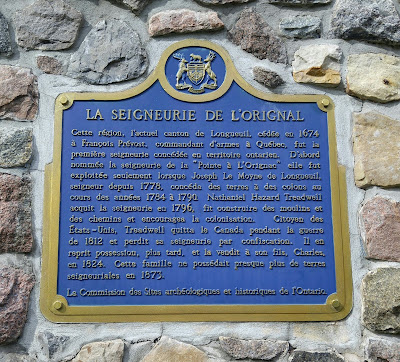 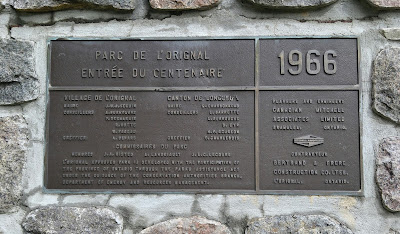 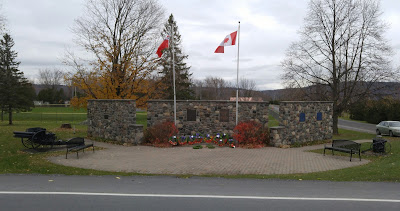 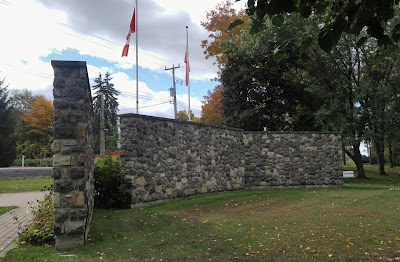 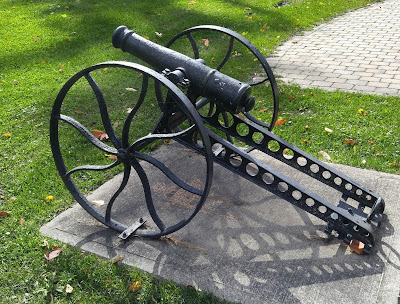 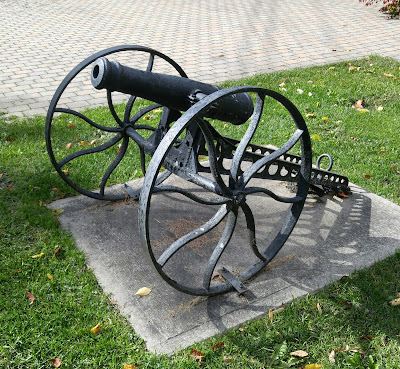 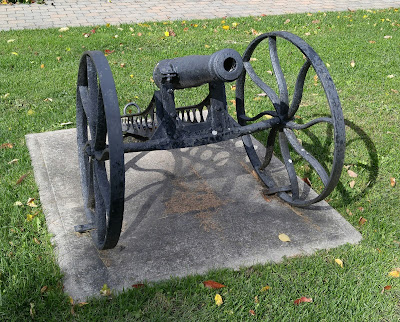 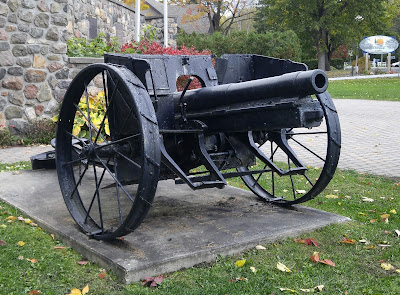 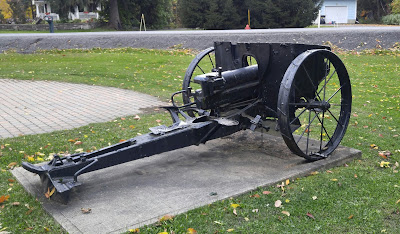 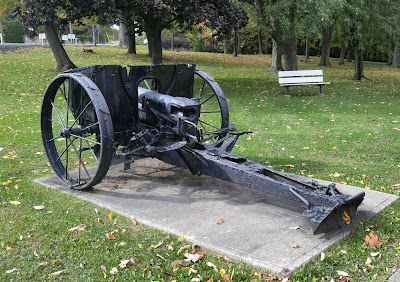