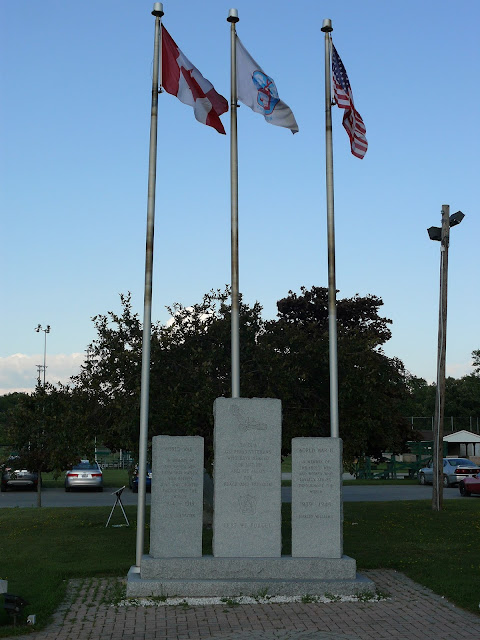 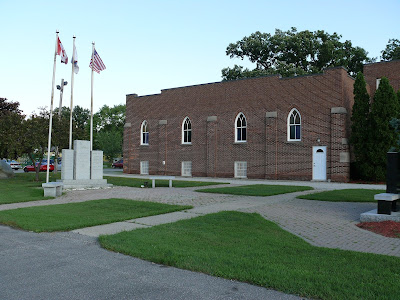 The Aamjiwnaang First Nation (formally known as Chippewas of Sarnia) is a First Nations community of about 2400 Chippewa (Ojibwe) Aboriginal peoples  (850 of which live on Reserve). They are located on the St. Clair River, 3 miles south of the southern tip of Lake Huron in the city limits of Sarnia southwestern Ontario, Canada – just across the United States border from Port Huron, Michigan.  The name Aamjiwnaang, (pronounced am-JIN-nun) means “at the spawning stream.”  Today Aamjiwnaang remains a vibrant, prosperous community interacting on excellent terms with the communities that surround us. 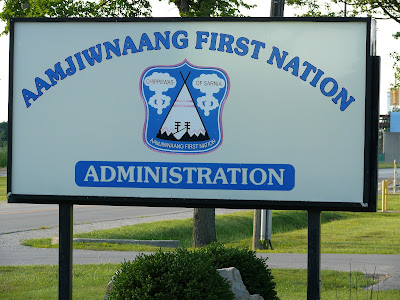 The cenotaph reminds us of a strong past that included serving the country in all wars and bravely defending our freedoms and the strong ties to the Sarnia area, their home and native land.  The three stele memorial is accompanied by another monument dedicated to the tragedy of residential schools. 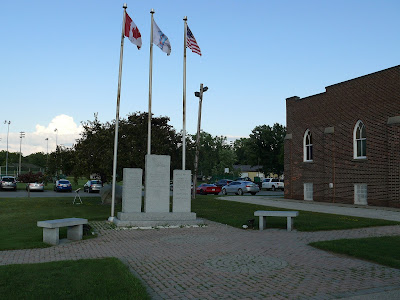 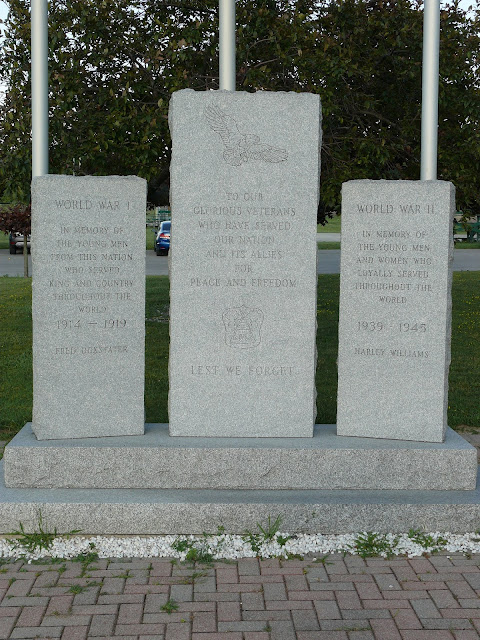 Marker text:
Centre:
TO OUR
GLORIOUS VETERANS
WHO HAVE SERVED
OUR NATION
AND ITS' ALLIES
FOR
PEACE AND FREEDOM 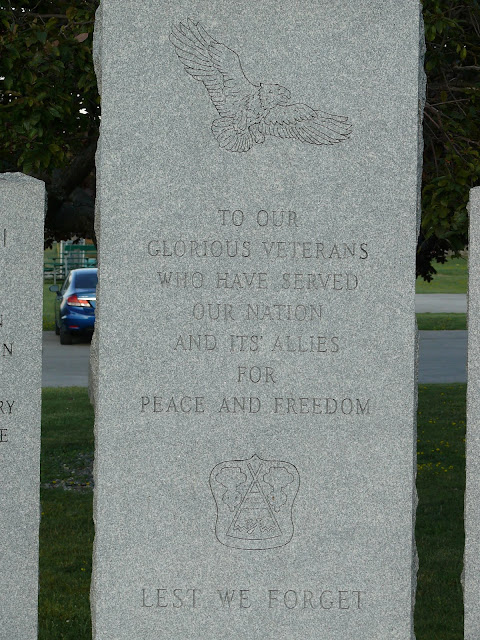 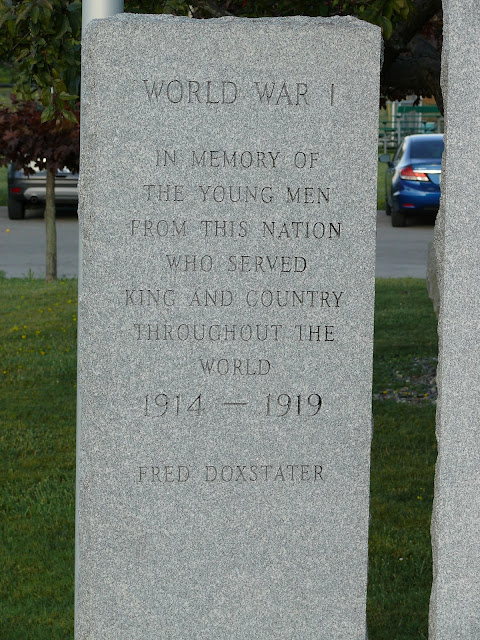 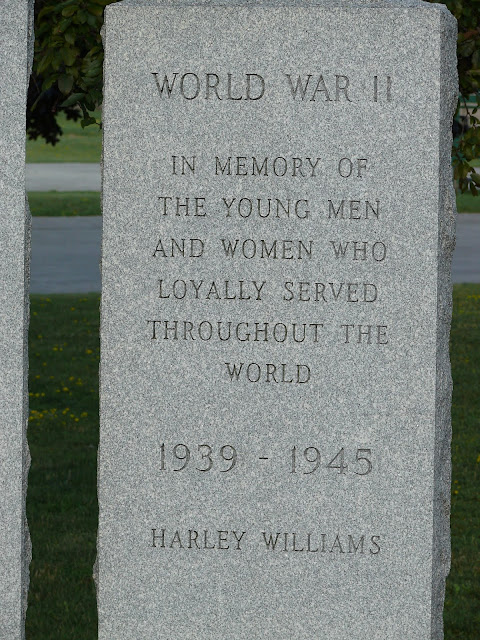 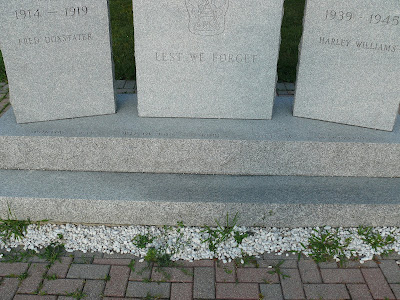 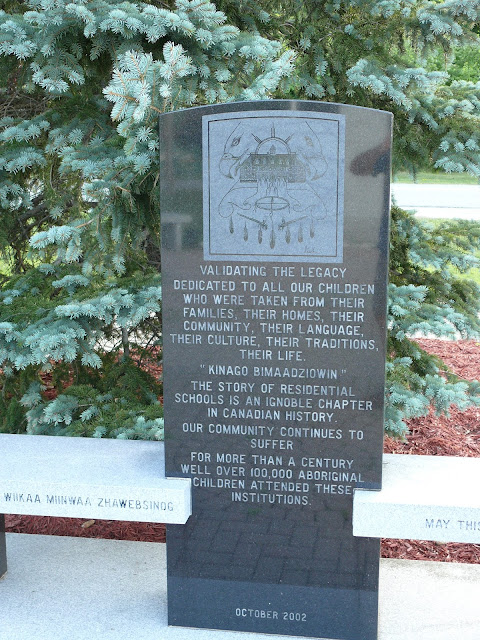 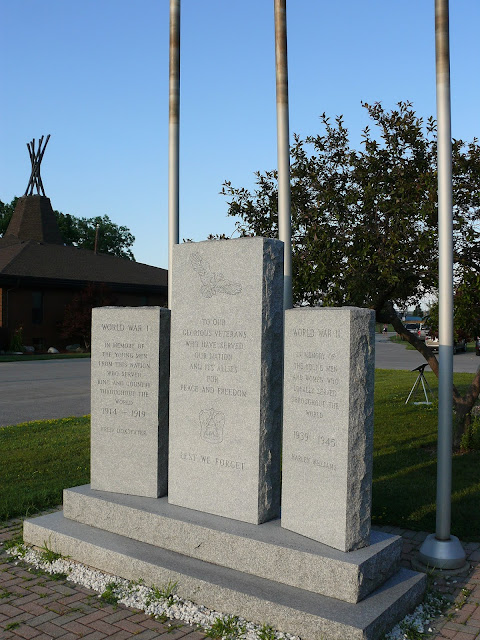