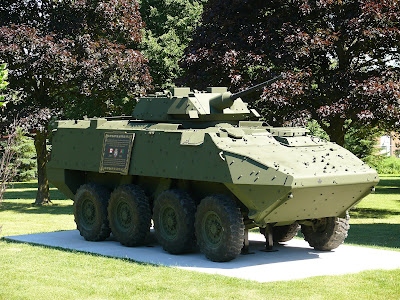 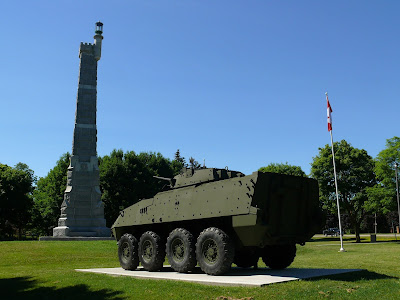 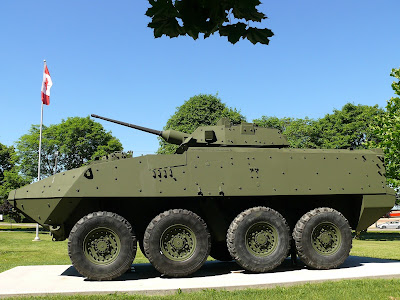 The LAV was placed here in November 2018, part of a program to place LAV armoured vehicles in specific towns across Canada, as a tribute to all who served in the war in Afghanistan.  The Town of Aurora was well-represented in that conflict with several members of the local Queen's York Rangers taking part in the effort to restore peace in the war-torn country.  The LAV was unveiled at the Remembrance Day ceremony in 2018, honouring the efforts and bravery of all who served.

The cenotaph in Aurora was featured here in July 2012, for further reference to this beautiful monument, please see: http://ontariowarmemorials.blogspot.com/2012/07/aurora.html 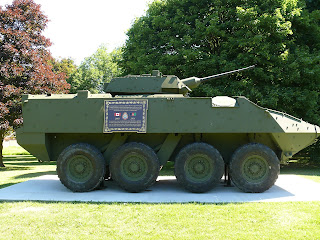 Marker text:
In recognition and memory of the efforts of approximately
40,000 Canadian Armed Forces personnel who served and
the 162 Canadians who died in the cause of bringing peace
and freedom to the people of Afghanistan. 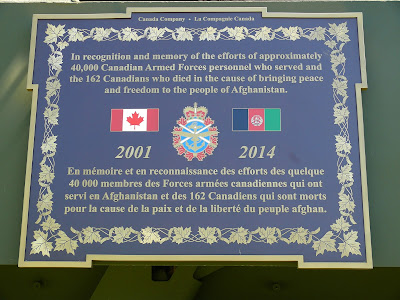 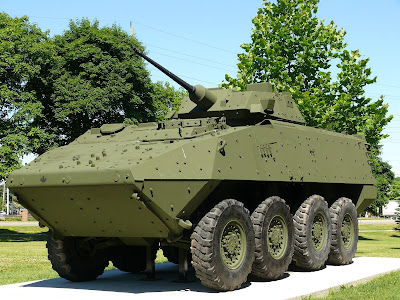 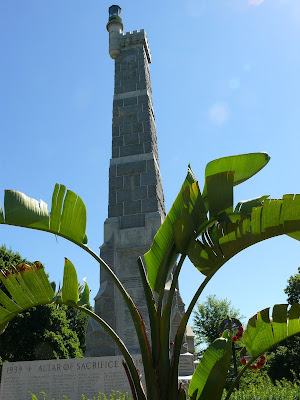 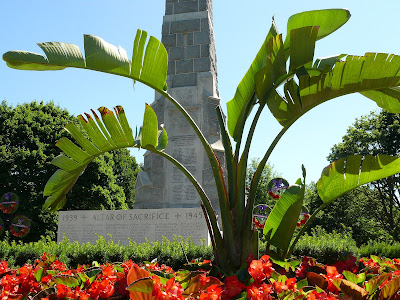 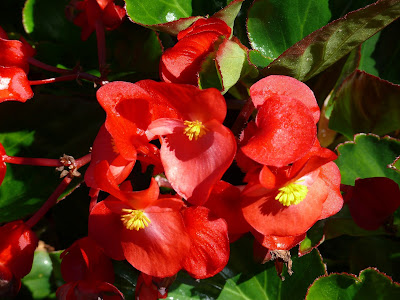 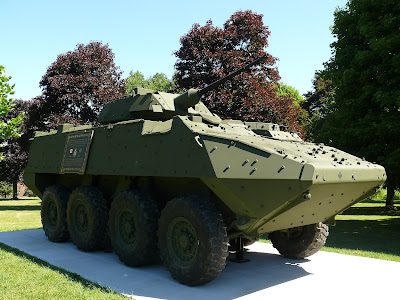