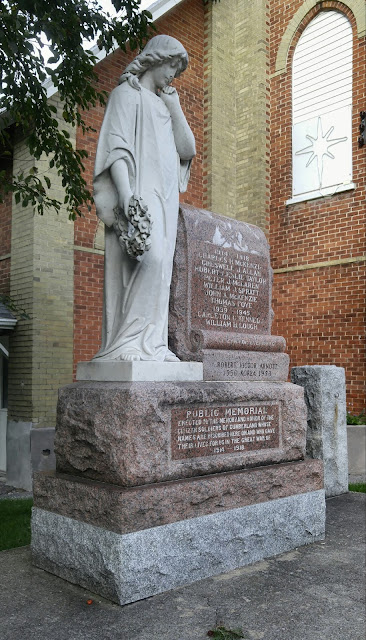 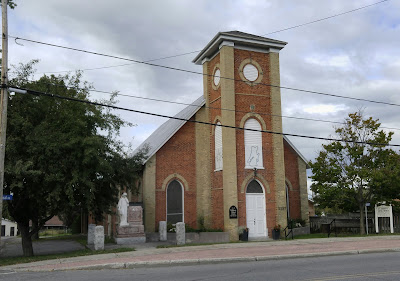 Cumberland was a township in Eastern Ontario as part of Russell County from 1800 to 1999.  It comprised of Cumberland Village, Notre Dame-des-Champs, Sarsfield, Vars, Carlsbad Spring and Navan. Cumberland, who took its name from the Duke of Cumberland (later king of Hanover) and became the City of Cumberland in 1999, until amalgamation with Ottawa in 2001.  A very picturesque village situated along the banks of the historic Ottawa River. 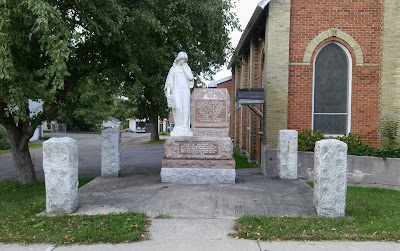 This  statue is standing beside a scroll and bordered by 4 posts is on the front left of St-Andrews United Church.
When I look at the statue, I noticed that she is holding a wreath of poppies in her right hand and is looking down in sorrow as if ready to throw the wreath into the dug up grave of a lost loved one. Perhaps this is the significance of the 4 posts. ( If you had noticed it of old graves, many family plots had 4 posts around the plot and had chains connected to the posts. In the old days, it was the family who was responsible  of maintaining the plot.
The names of those lost in the World Wars and Korea are engraved in the stone for all to see, to remember for all eternity.  Lest We Forget.
**Special thanks once again to Louise Bellec for the photos and details. 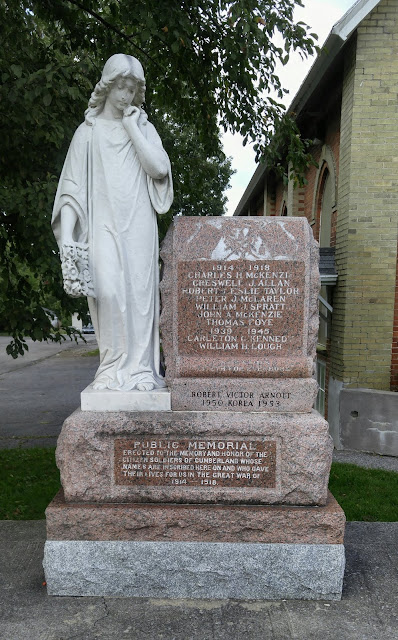 Pedestral:
PUBLIC MEMORIAL
ERECTED TO THE MEMORY AND HONOR OF THE
CITIZEN SOLDIERS OF CUMBERLAND WHOSE
NAMES ARE INSCRIBED HERE ON AND WHO GAVE
THEIR LIVES FOR US IN THE GREAT WAR OF
1914 - 1918 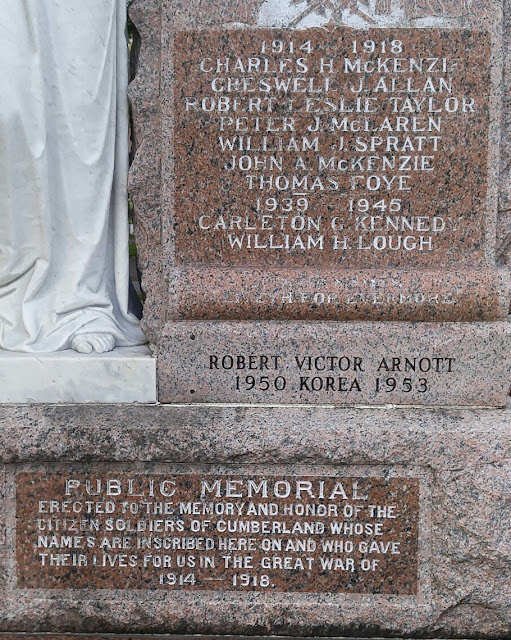 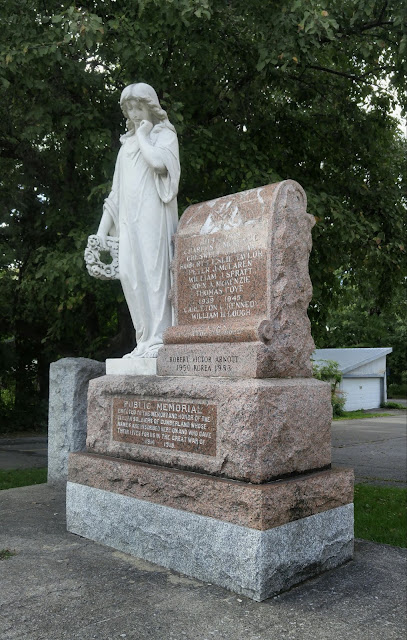