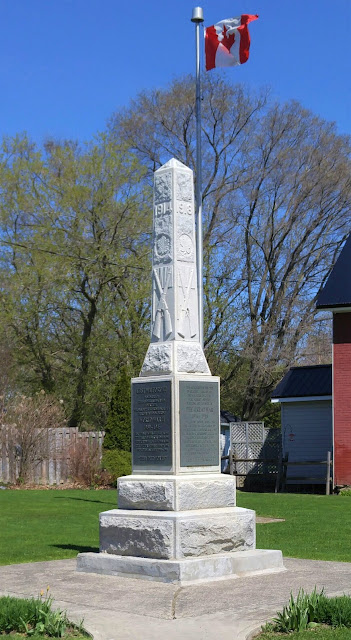 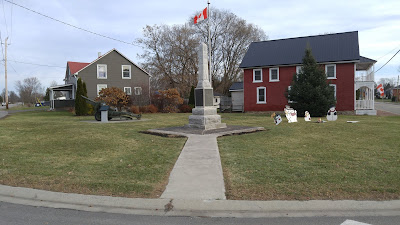 This obelisk occupies a small triangular shaped park at the junction of CR 1 and CR 8 which are the main roads of this very small village. Accompanying this monument are a 25 pounder gun and a flagpole which at its base is a circular bench.
A pathway leads to the obelisk, strategically placed at an angle so one can see both sides where the plaques honouring our fallen heroes are. Besides each name, is the date of these local soldiers when they paid the ultimate sacrifice in both WW1 and WW2.

If you look closely to the close-ups of the plaques, you will notice, that originally the names were engraved on the stone and later on the plaques were added.
The local Branch 475 of the Royal Canadian Legion is a short distance to the east of the memorial park.

Thank you once again to my fellow researcher Louise Bellec for providing the photos and details. 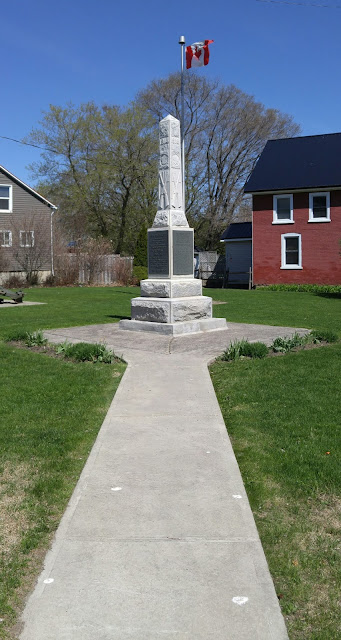 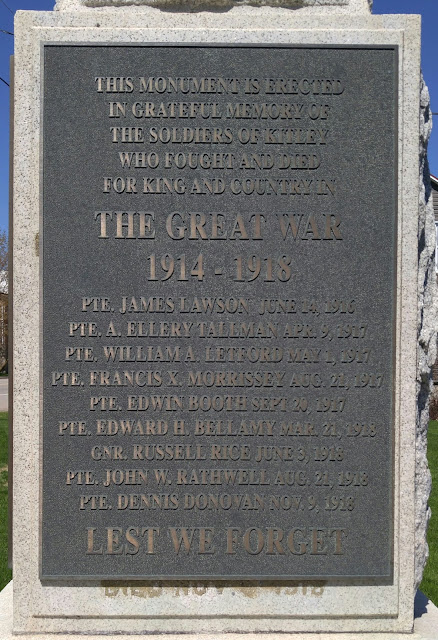 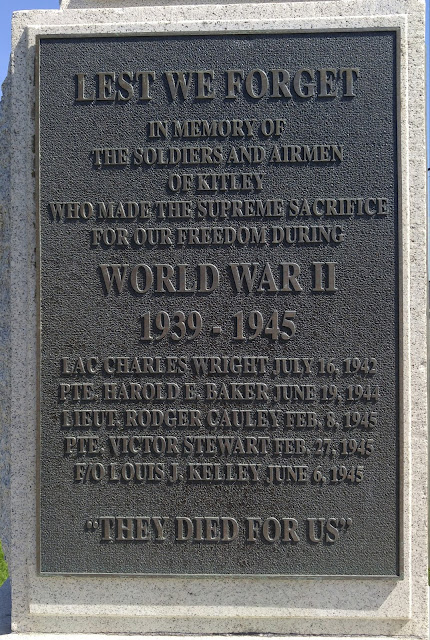 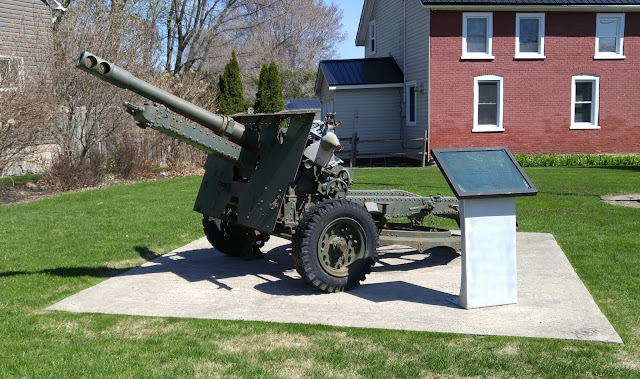 This became the standard field gun for the British
and Commonwealth countries during WWII.
It remained in service with British forces until 1967.

This particular gun was built in 1942 in Sorel, Quebec.
It is a 25 pounder Mark 2 gun on a Mark 1 carriage.
(It is not known if the gun saw action in Europe.) 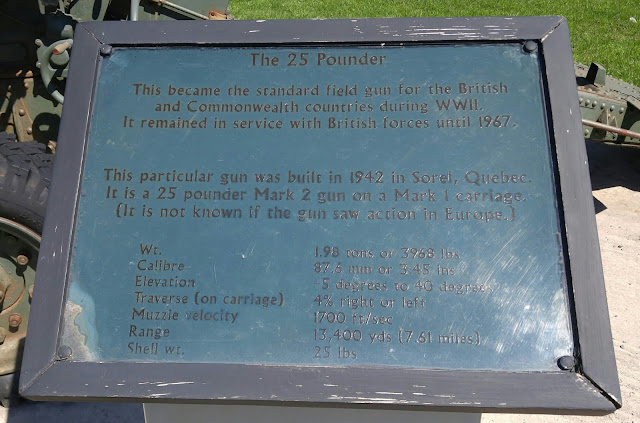 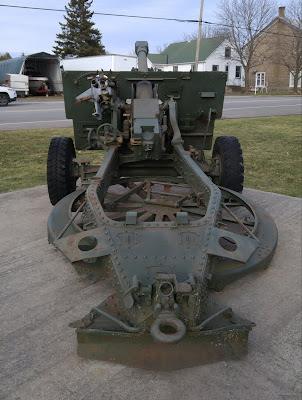 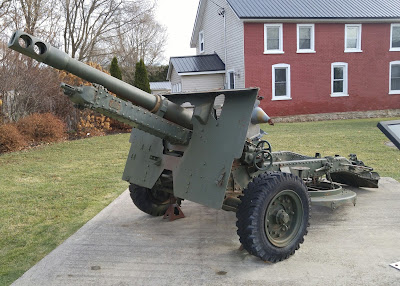 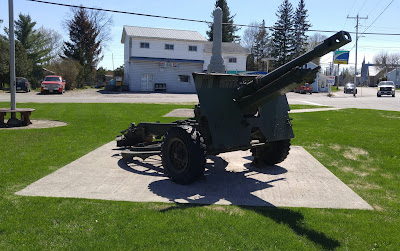 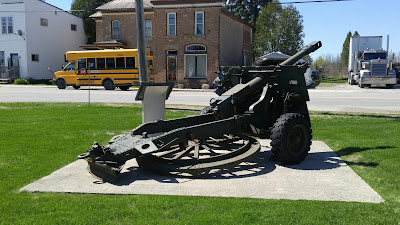 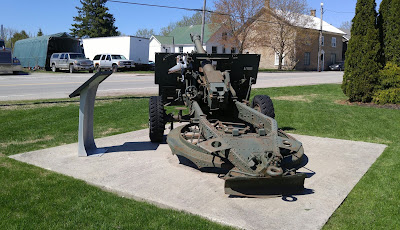