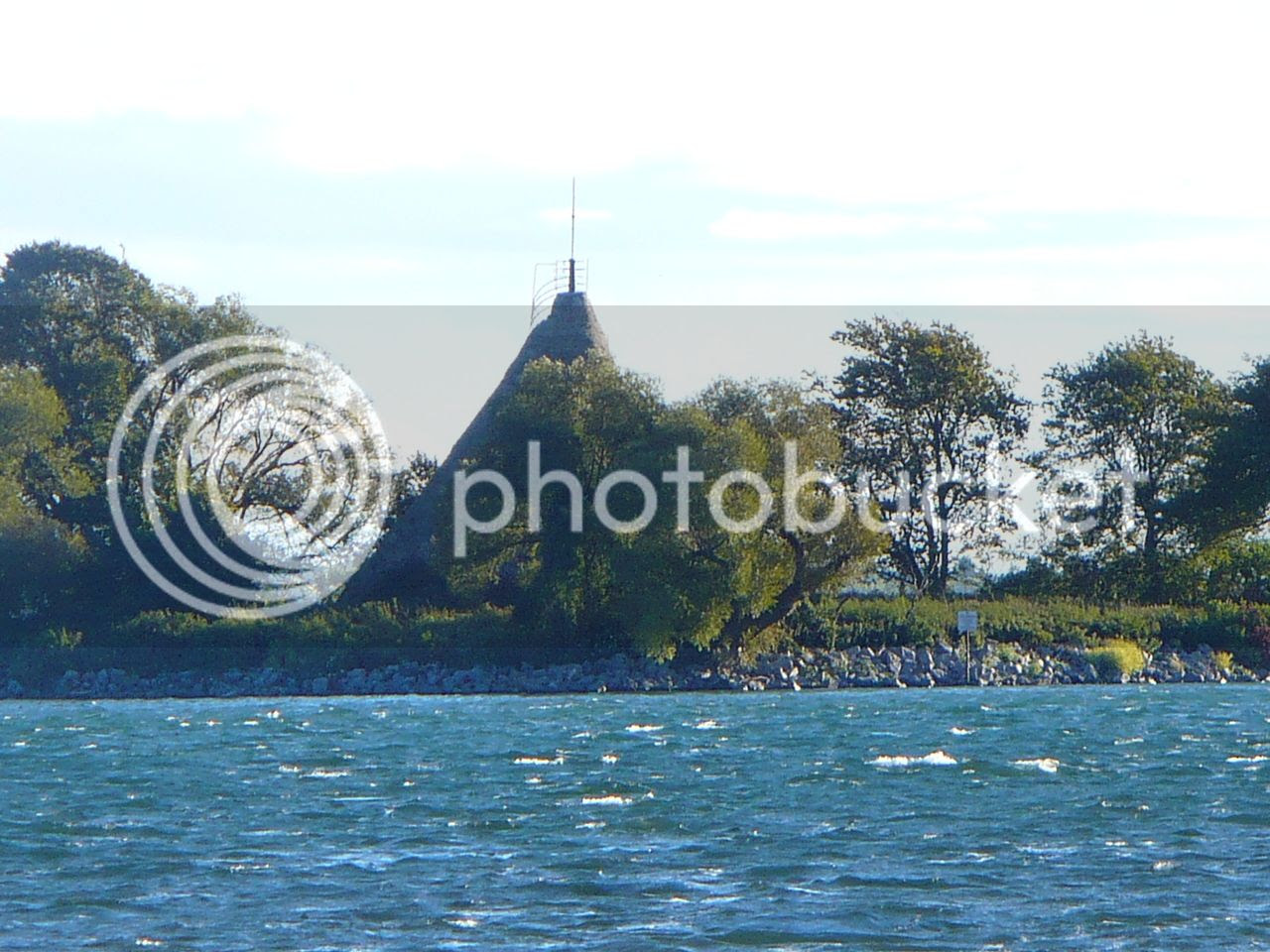 An abandoned National Historic Site, sits on an island a short distance from shore, in the St. Lawrence River, south of Lancaster.
The cairn was built in 1840, by the Glengarry Militia, to commemorate the services of Sir John Colborne, who distinguished himself on the battlefields of Europe, before coming to Upper Canada. Here he commanded the armed forces during the 1837 Rebellion, and later served as Lt. Governor and Governor General of Upper Canada.
The cairn itself is extremely large, with a walkway spiralling around the outside of the cairn, all the way to the top. A historical plaque was placed at the base of the walkway when the structure was first built, and then replaced in 1905 when the cairn was repaired.
This small island was a favourite for local boaters, a great place to picnic, fish and enjoy the view from high atop the cairn.

In 2009, this all came to an abrupt stop. A discovery of bones led to claims of a sacred Native burial ground, along with the accompanying land claim by the local Native bands. Research efforts to confirm the origin of the alleged bones have been hampered by Native certainty. Local rumours exist of chicken bones, unconfirmed. Since this incident, the island has been closed to the public, and Native patrol boats are a regular sight in these waters. Although some folks still attempt unauthorized landings, the local authorities tend to turn a blind eye to the aboriginal justice.

Any reference to this site has been virtually erased by Parks Canada. It is officially closed and signs on the island warn would-be trespassers. I want to get a boat and visit this place, to see for myself. 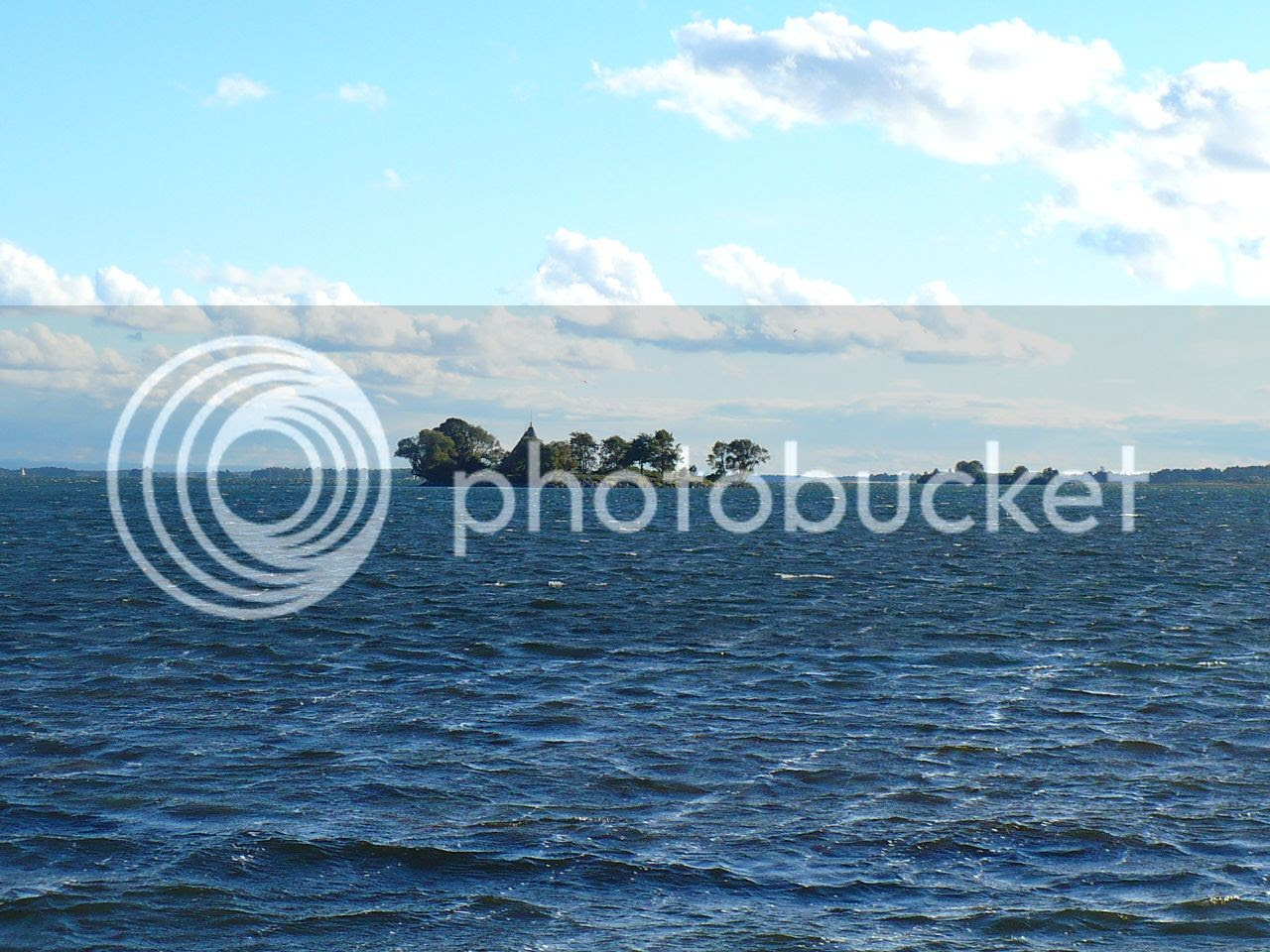 Plaque Text:
This cairn was erected under the supervision of Lieut-Col. Lewis Carmichael of the Imperial Army, then stationed in this district on particular service, by the Highland Militia of Glengarry which had aided in the suppression of the Canadian Rebellion of 1837-38, to commemorate the services of that distinguished soldier Sir John Colborne, who was declared by the historian Napier to have been, 'A man of singular talent for war' and who commanded her majesty's forces in Canada at that critical period. He had previously served with conspicuous merit throughout the Peninsular War and elsewhere and had greatly distinguished himself at Waterloo when in command of the 52nd regiment. He was Lieut. Governor of Upper Canada from November 1828 to January 1836, Governor General of Canada in 1839, and afterwards became Field Marshall Lord Seaton G.C.B. The cairn was repaired and this tablet erected in 1905. 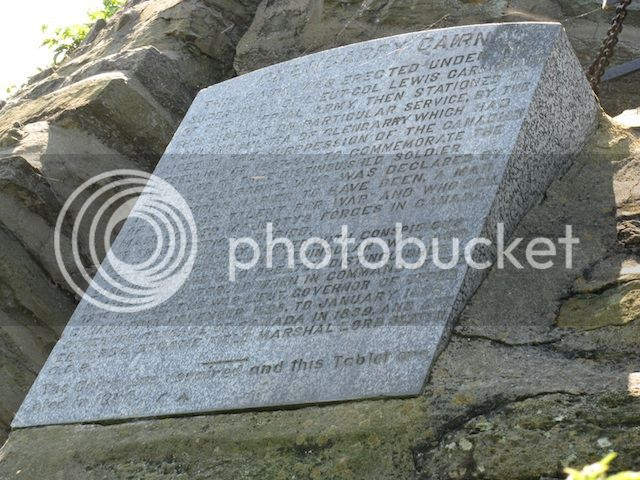 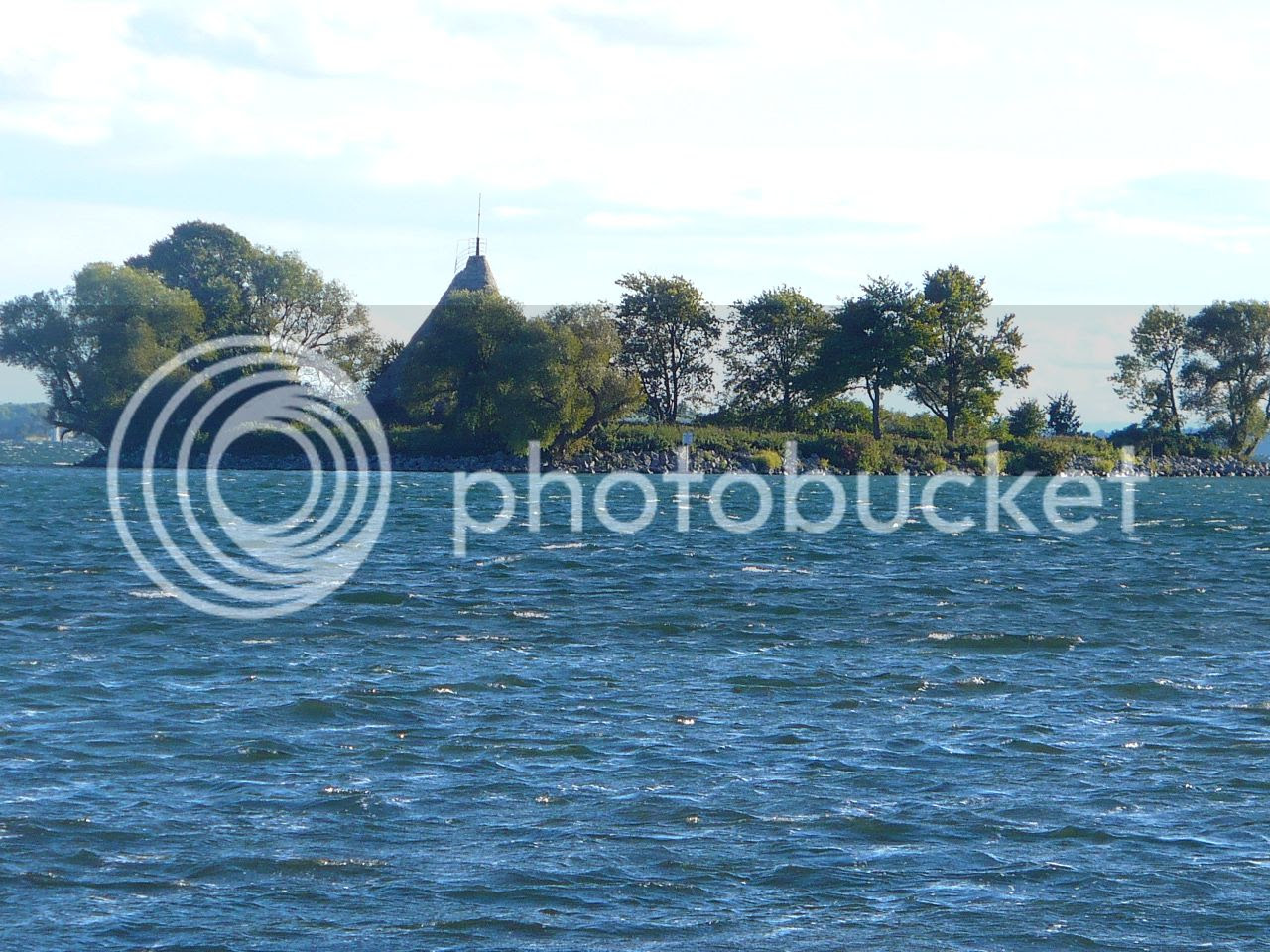 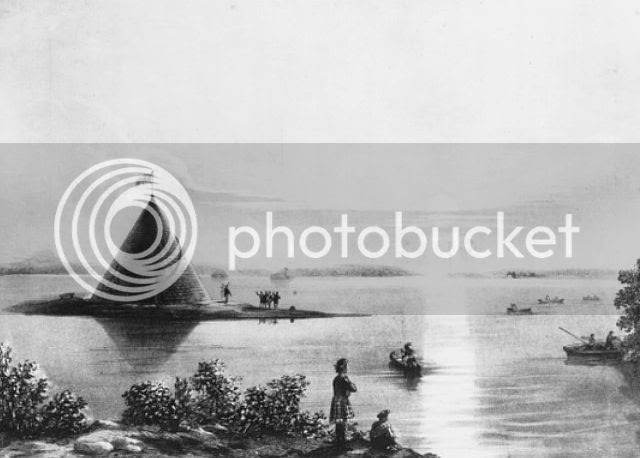