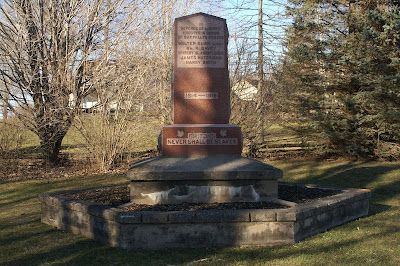 The small village of Wilton remembers the sacrifice of its young men with a granite stele bearing the names of those who died and those who returned from the Great War.  Some of the names engraved on this memorial can also be found on gravestones located in the cemetery across the road.  The men of this community likely volunteered and fought in the great battles of World War I under the command of the 21st Battalion that formed in Kingston in 1914.
The front of the memorial lists the names of the men who died during the war, while the back lists the names of those brave men who were fortunate to return.

This memorial was pointed out to me by Mr. Al Lloyd, a nationally recognized historian, author and veteran.  He tirelessly promotes the history of local WWI soldiers with his Facebook page: 21st Battalion in the Great War :  https://www.facebook.com/groups/1600050546916203/.  All photographs in this entry were provided by Mr. Lloyd and used with his permission.  This is the first time I have used someone else's photos in the blog.  Thank you for your kind contribution and humble dedication to promoting our history. 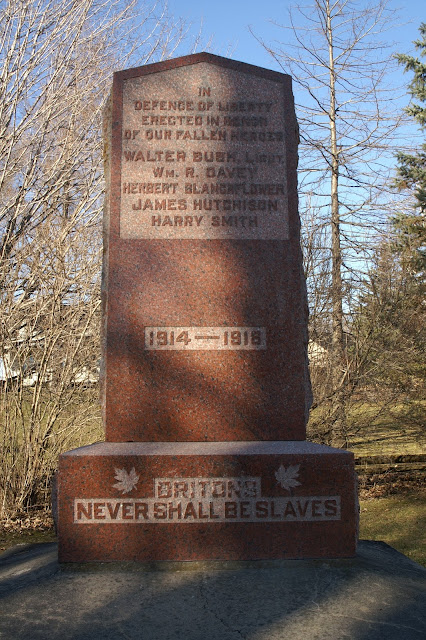 Marker text:
Front:
IN
DEFENCE OF LIBERTY
ERECTED IN HONOR
OF OUR FALLEN HEROES

BRITONS
SHALL NEVER BE SLAVES 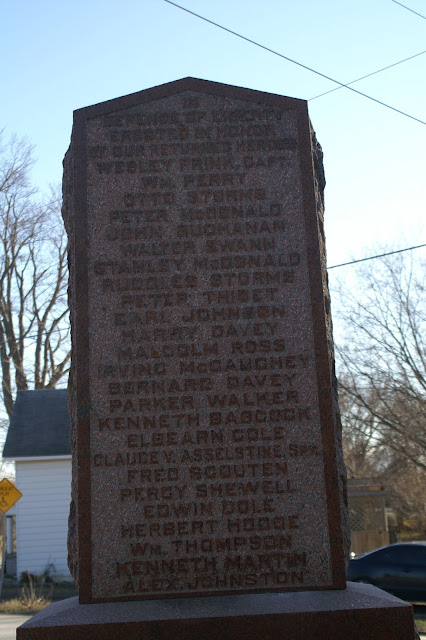 Back:
IN
DEFENCE OF LIBERTY
ERECTED IN HONOR
OF OUR RETURNED HEROES 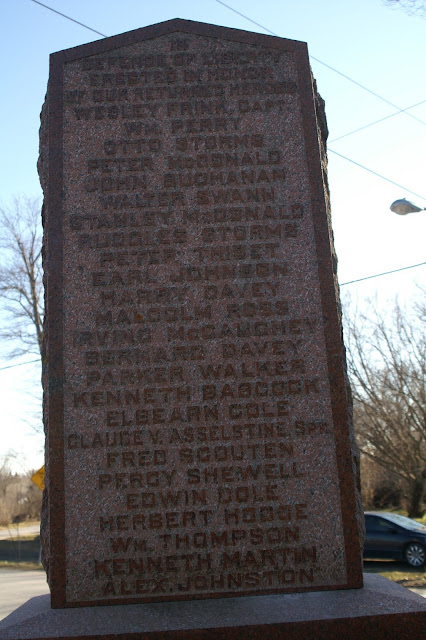