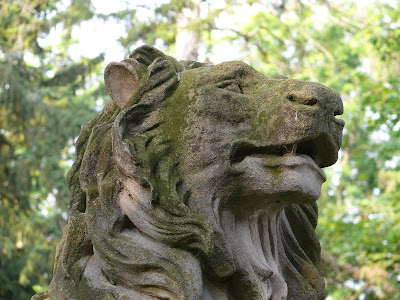 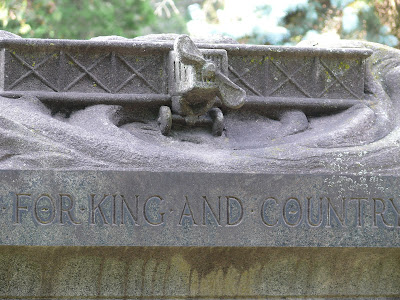 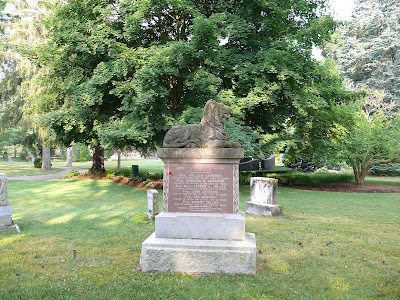 This memorial found, in Woodlawn Cemetery, was erected shortly after the Great War by the Sons of England Benefit Society to honour the brave men from the local Royal City Lodge, who volunteered and gave their lives for King and country.  The stone lion on top of the monument is a stunning feature which grabs the attention of all who pass by.

I have also included a second memorial, also found close by, which pays tribute to Flight Lieutenant Gordon B.G. Scott who was killed in France in September 1917.  This memorial features a beautifully carved aeroplane at the top of the stone.

These memorials are located very close to the McCrae Family plot which honours Lt.Col. John McCrae and his family, known for penning the famous poem "In Flanders Fileds".

Thanks to the folks at Woodlawn Cemetery for the tasteful landscaping and perpetual care of these important stones and for keeping the grounds tidy and respectful. 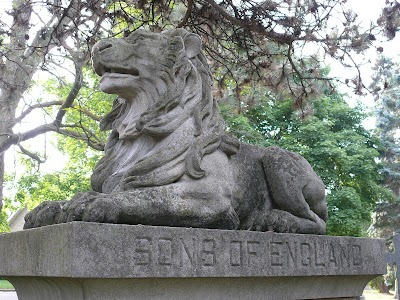 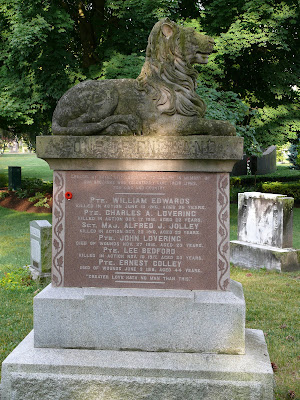 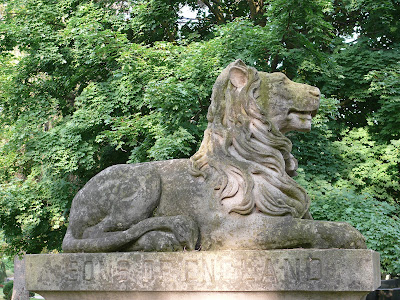 ERECTED BY THE ROYAL CITY LODGE No. 73 GUELPH, IN MEMORY OF

OUR BROTHERS WHO VOLUNTARILY GAVE THEIR LIVES,

FOR KING AND COUNTRY.

"GREAT LOVE HATH NO MAN THAN THIS" 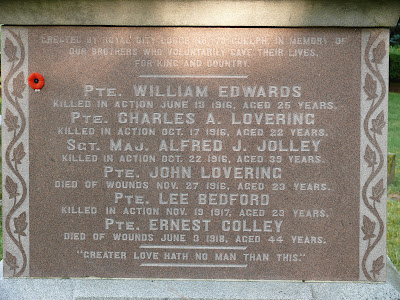 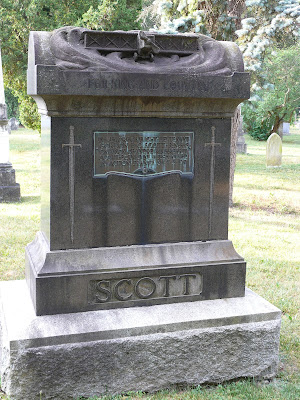 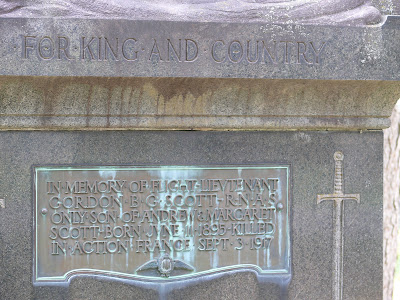 FOR KING AND COUNTRY

IN MEMORY OF FLIGHT LIEUTENANT

ONLY SON OF ANDREW & MARGARET 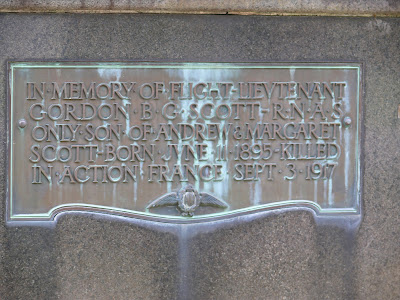 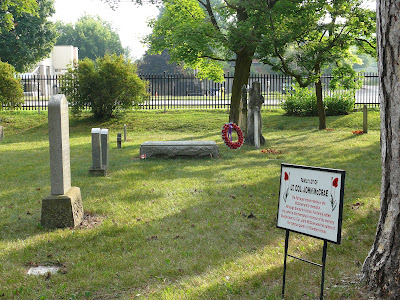 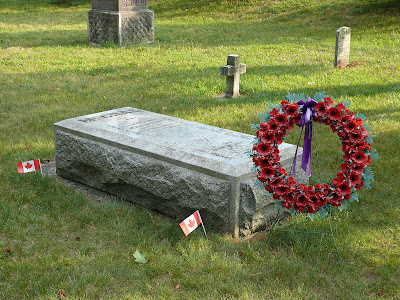 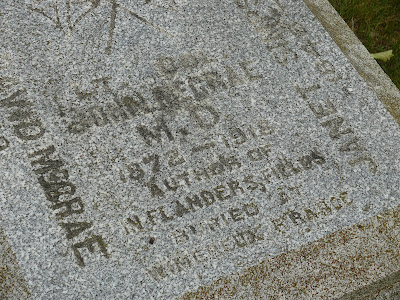 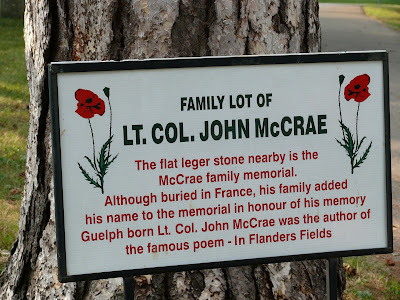 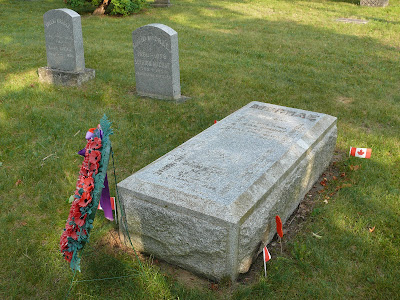 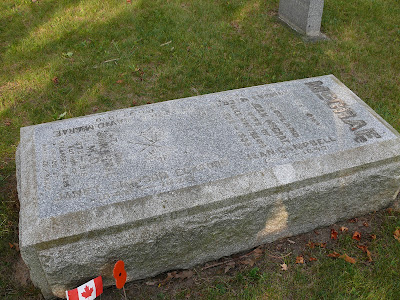 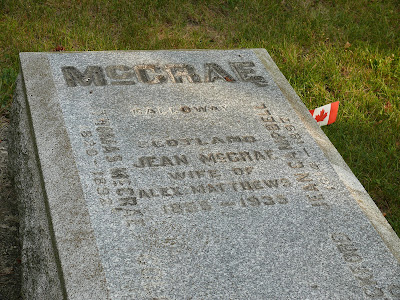 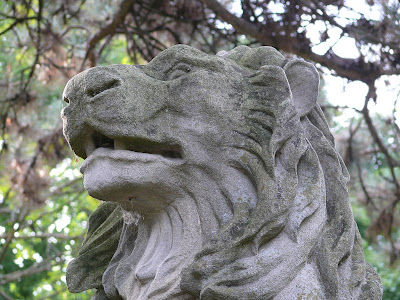