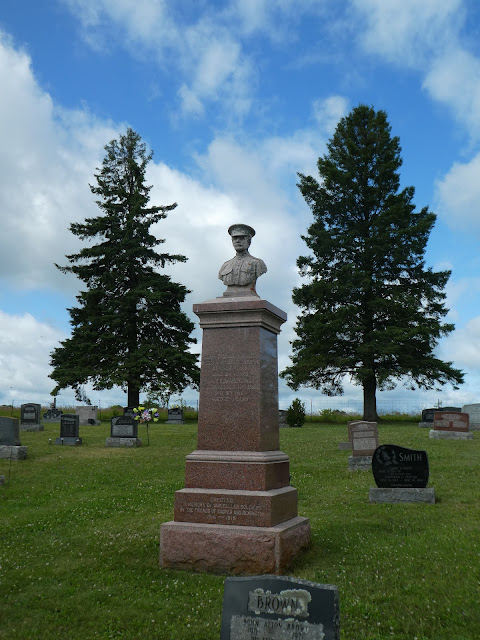 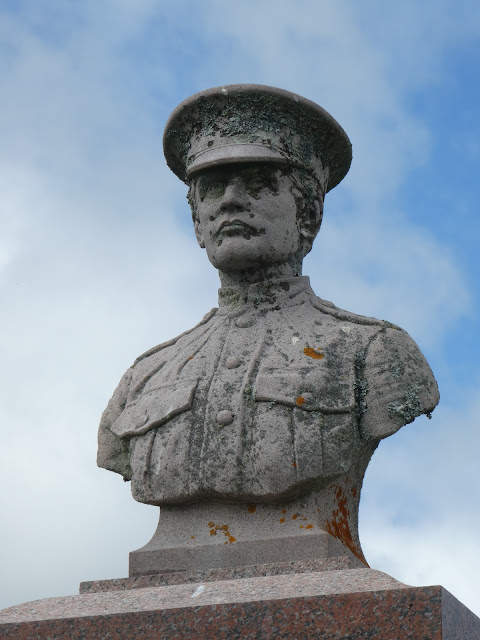 In the cemetery, on the west side of Cooper Road (County Road 12), just north of Barry Road. 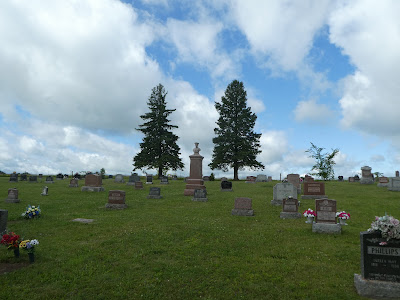 This memorial is another fine example of finding a cenotaph in a place that I didn't even know existed.  Cooper is a small hamlet on the edge of the Canadian Shield.  There are some farms located sporadically around this very rural area and its a weekend getaway to cottagers.  There are no stores or much of anything in the area, just a crossroads and a few houses.

The memorial itself is a tall red granite shaft with a bust of a typical WWI soldier at the top.  The names of those lost in the World Wars are engraved in the granite, six in WWI and one from WWII.  The cemetery is rather large considering the size of the community, it has many gravestones from the first settlers to present day, and several military style grave markers to remember those who proudly served and are buried here. 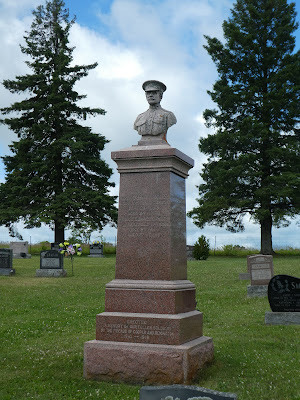 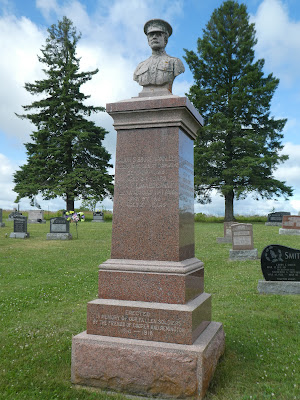 KILLED IN ACTION AT CAMBRAI

KILLED IN ACTION AT VIMY RIDGE

IN MEMORY OF OUR FALLEN SOLDIERS

BY THE FRIENDS OF COOPER AND REMINGTON 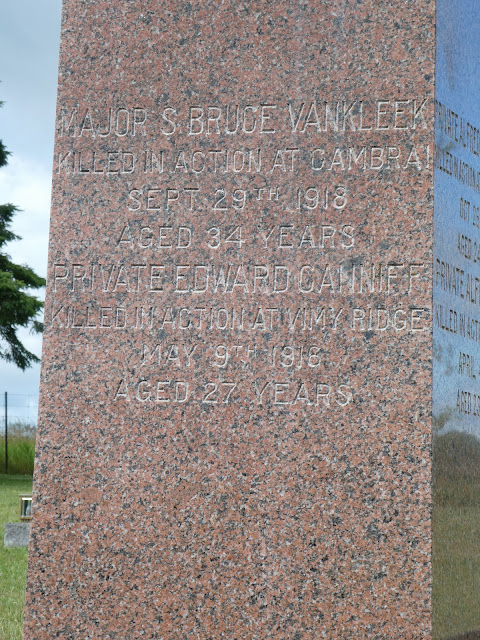 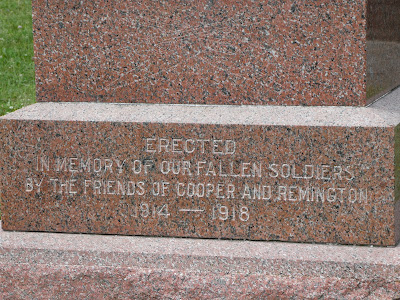 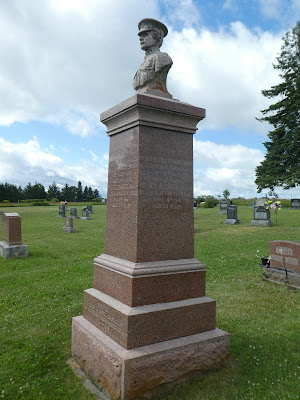 KILLED IN ACTION AT PASSCHENDAELE

KILLED IN ACTION IN FRANCE 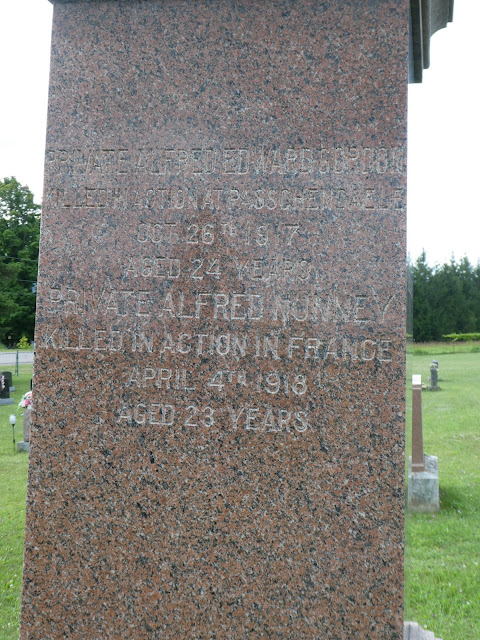 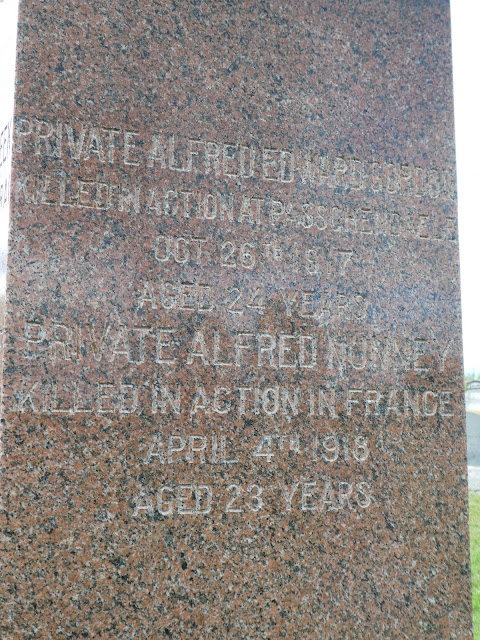 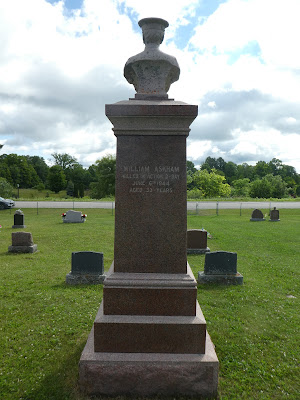 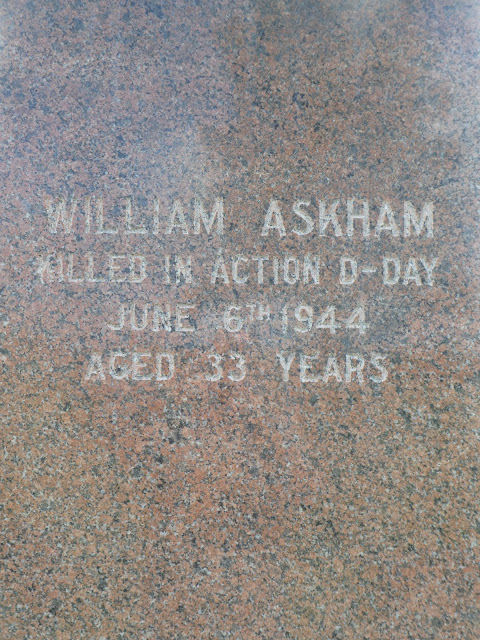 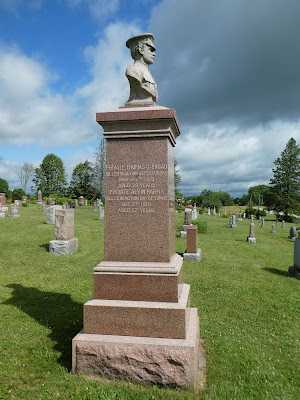 KILLED IN ACTION AT FESTUBERT

KILLED IN ACTION ON THE SOMME 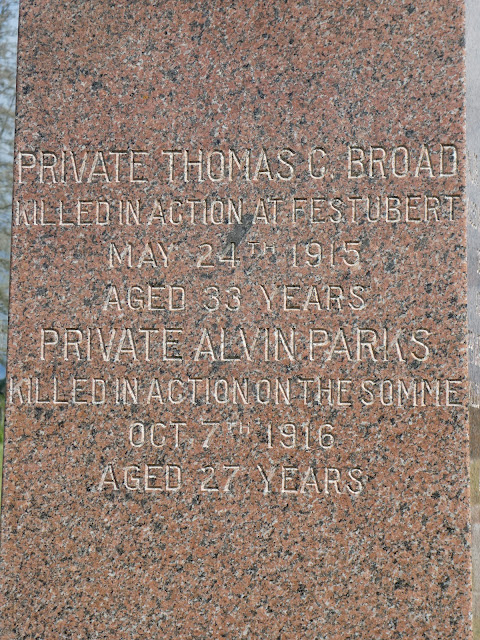 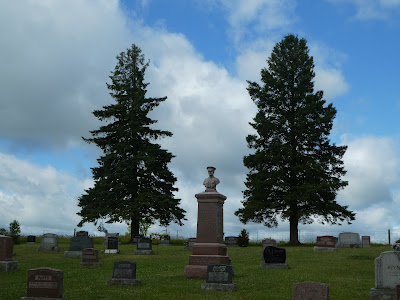 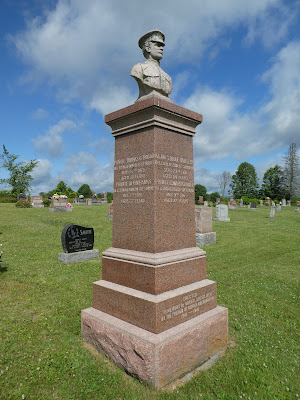 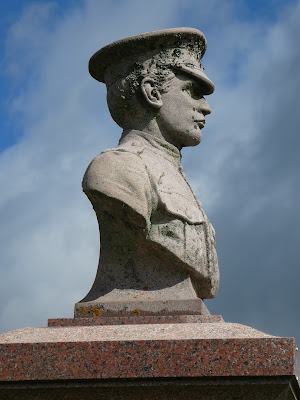 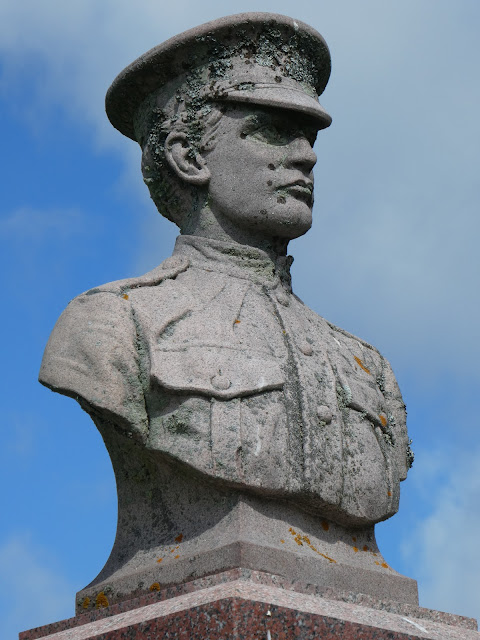 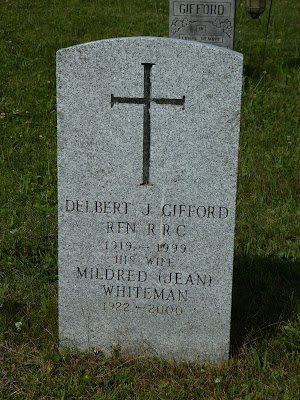 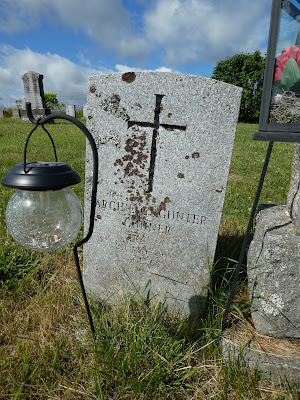 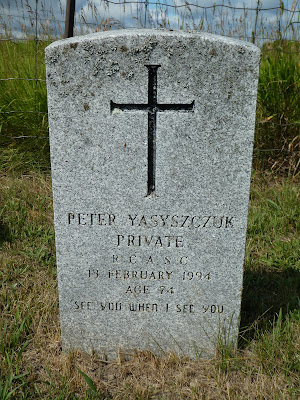