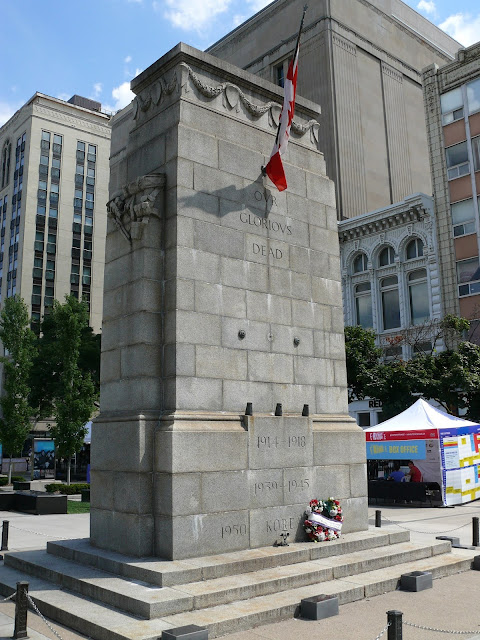 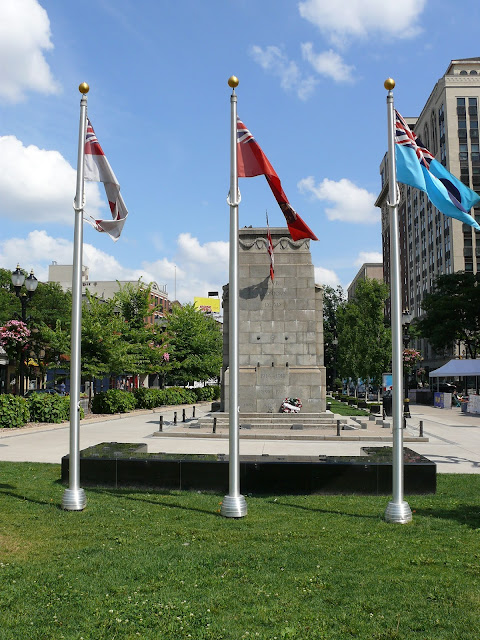 This memorial was dedicated in May 1923 by the Governor General of Canada, Lord Byng.  The granite cenotaph was gifted to the City of Hamilton by the Canadian Club of Hamilton.  It is a replica of the British cenotaph found in Westminster, London.  Originally, the only words on the memorial were "Our Glorious Dead", but since then the years of the World Wars, Korea and most recently, Afghanistan have been engraved in the grey granite column.  The top of the main column is shaped like a casket, and at the top of two smaller side pillars are sculptured fighting equipment of the Great War.  At one point, three brass flagpoles jutted out of the memorial, now only one flagpole with a single Canadian flag is flown, although there are now three flagpoles in the grounds in front of the cenotaph. 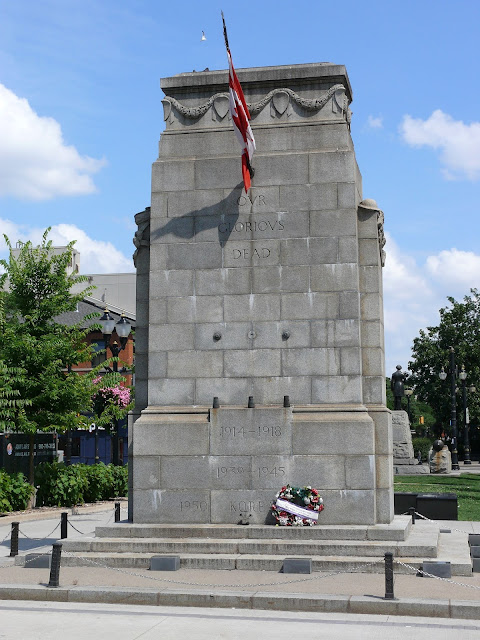 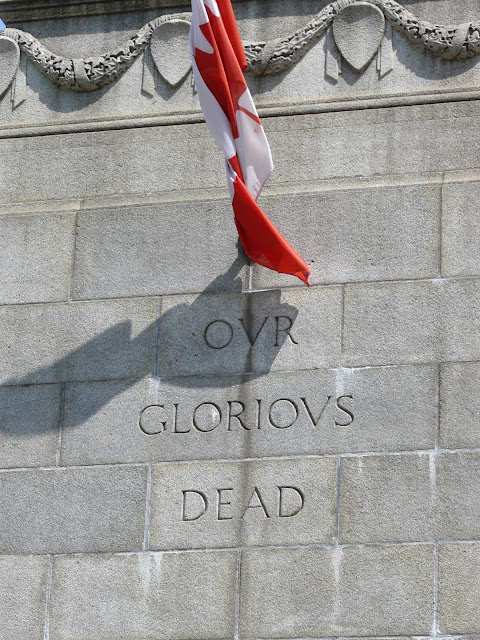 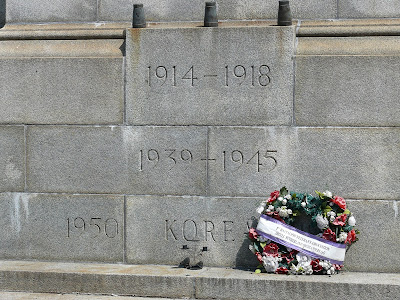 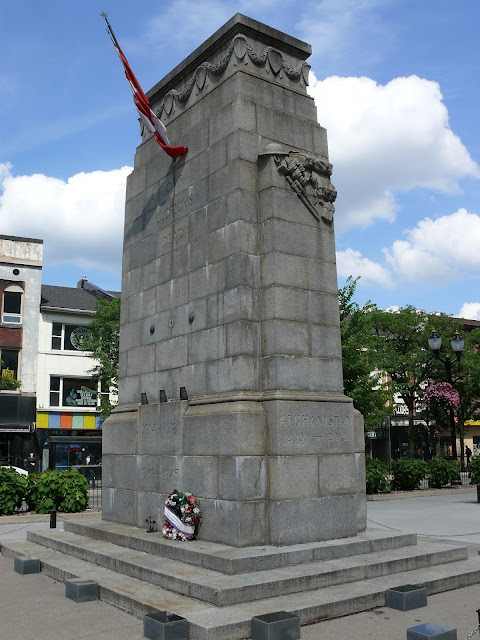 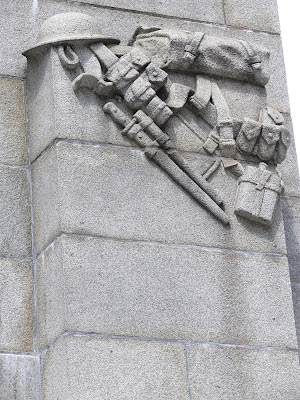 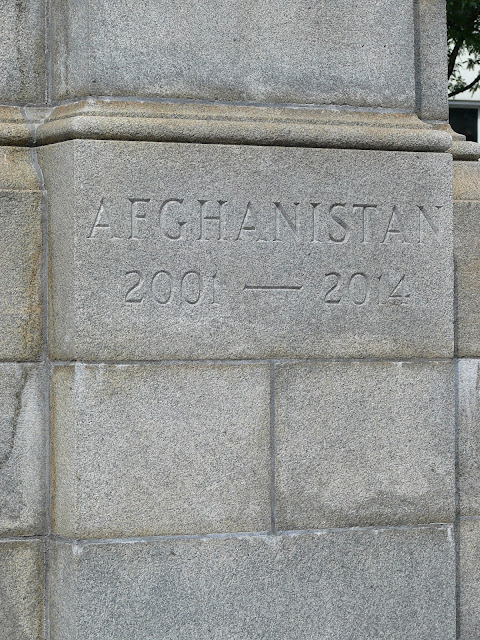 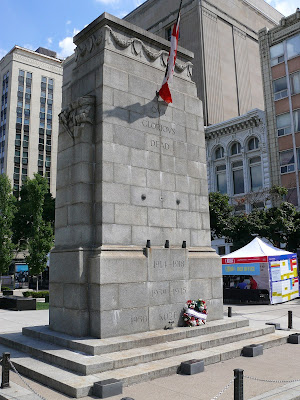 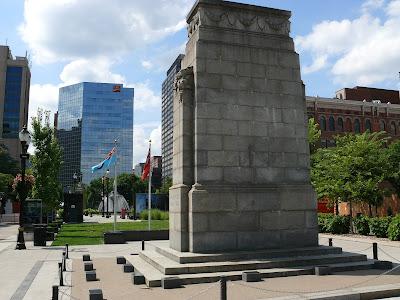