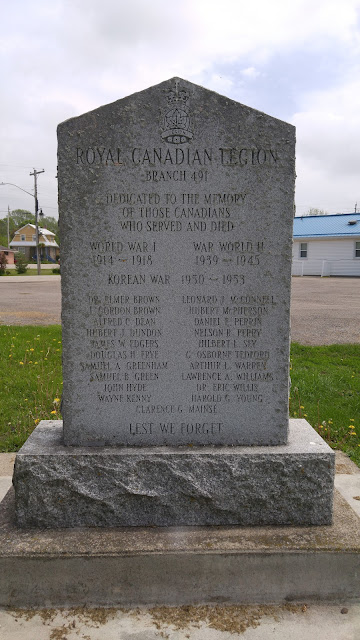 Beside the Legion, at 116 Bay Street, Seely's Bay.

The village of Seely's Bay was established around 1832, as a port along the famous Rideau Canal.  The first industry in the community was an ashery. Potash was used for bleaching and making soap. By 1851, a stagecoach traveled through the village three times per week carrying passengers and mail north from Kingston to Perth to Smiths Falls. By 1885, the village was a shipping point for grain, lumber, livestock and wood. By this time, it was also a landing for steamboats traveling the Rideau system.  Today, the area is known more as a recreation and cottage destination for its close proximity to Kingston and the Thousand Island area. 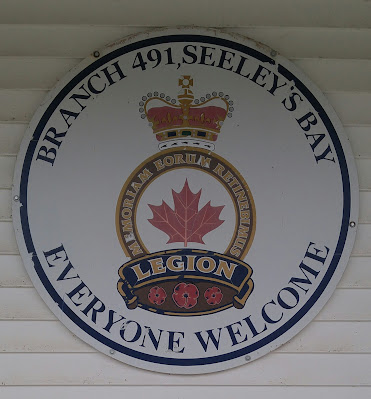 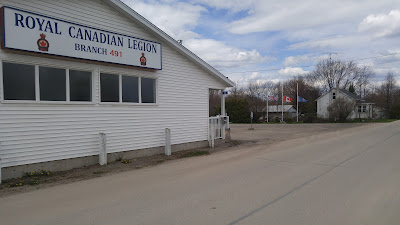 The memorial is located beside Branch 491 of the Royal Canadian Legion.  The Legion takes great pride in maintaining the ground around the memorial.  Three flagpoles are flanked by the stone memorial on one side and an anchor on the other side.  The granite stone lists the names of the local men who died during the two World Wars and Korea, although it does not indicate in which conflict they perished.  The anchor was raised from the depths of Lake Ontario, but its origin is unknown.  A smaller black stone rests at the base of the flagpoles to acknowledge the sacrifice made by all who have served.  There is also a nearby bench accompanied by a signpost describing an incident involving an airplane crash during training that happened in the village. 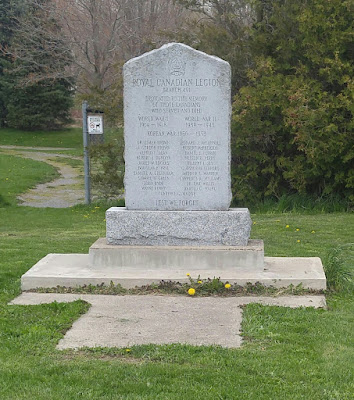 DEDICATED TO THE MEMORY

WHO SERVED AND DIED 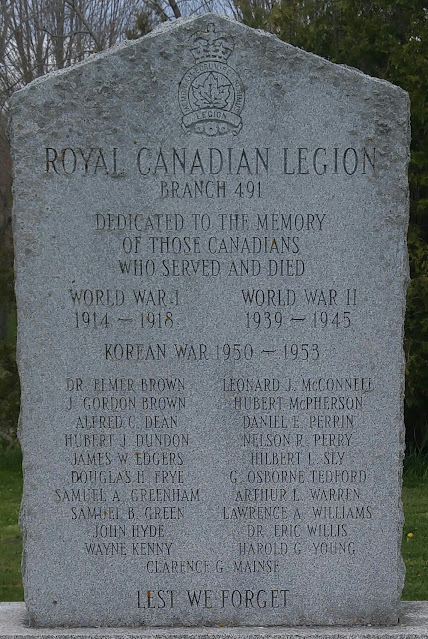 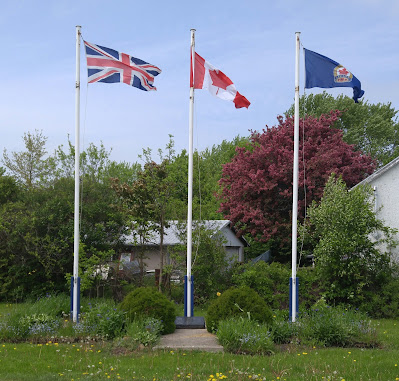 THE MEN AND WOMEN

AND AREA WHO MADE 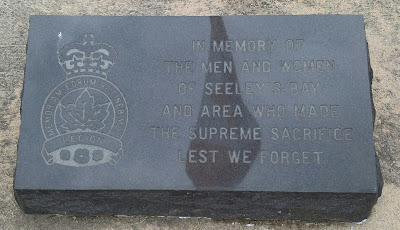 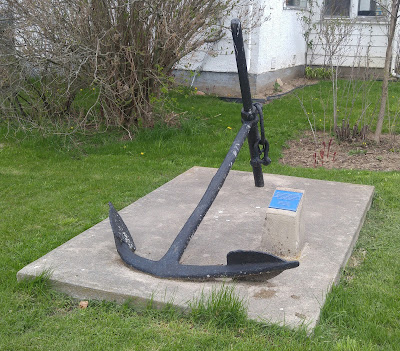 (ORIGIN UNKNOWN) WAS RAISED FROM

LAKE ONTARIO AND IS DONATED TO 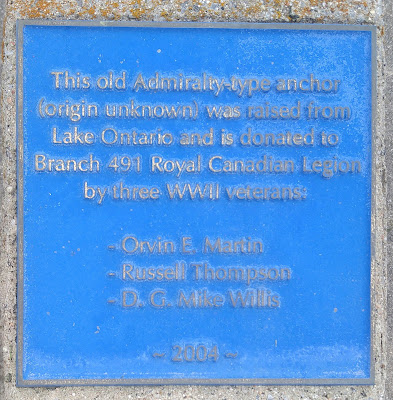 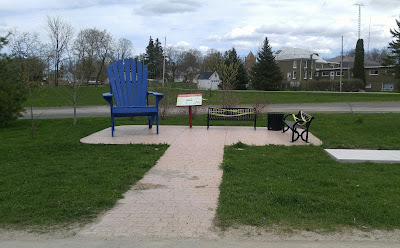 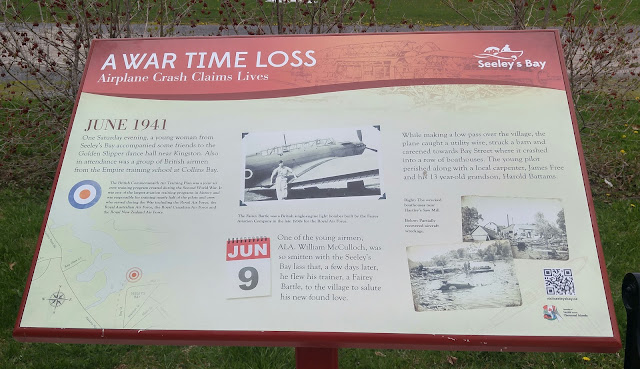 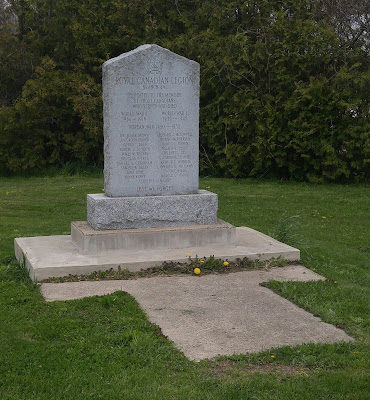 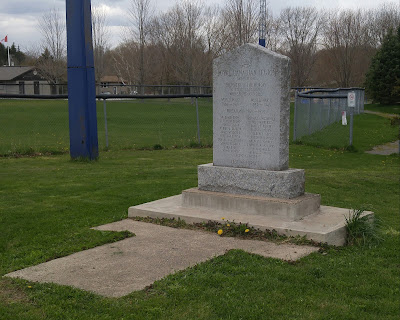 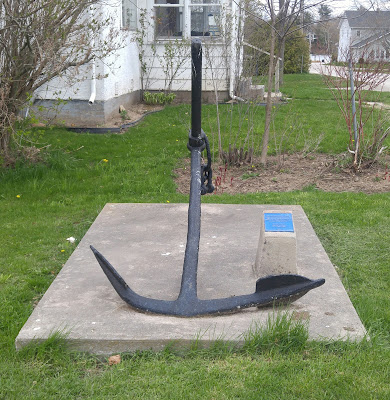 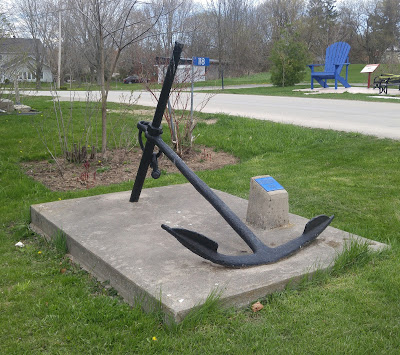 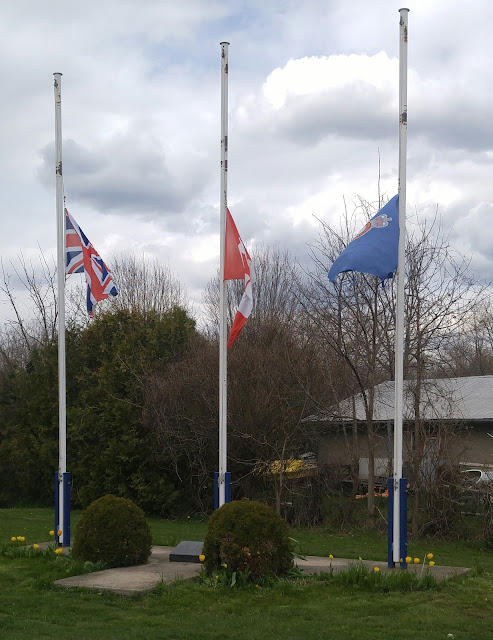