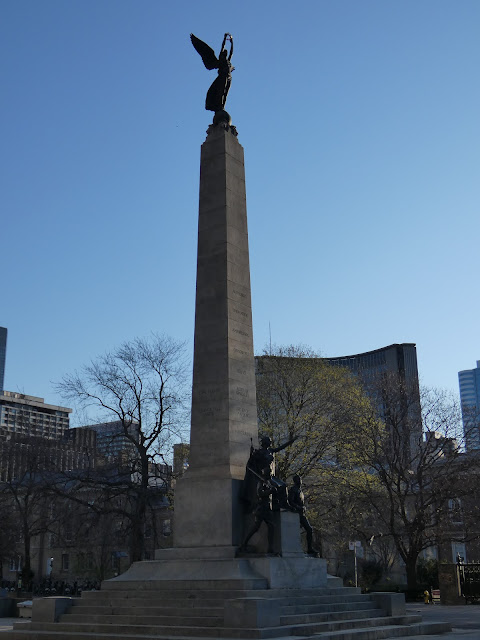 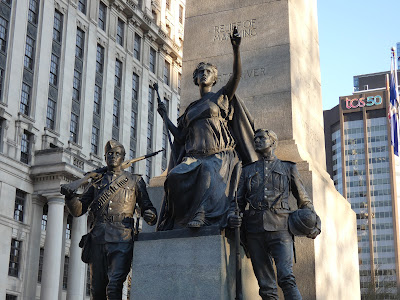 At the north side of the intersection of University Avenue and Queen Street West. 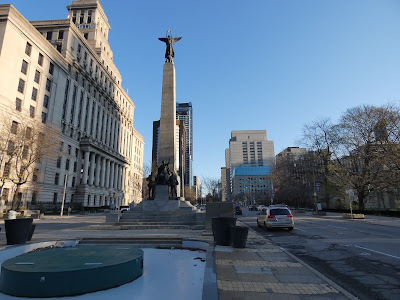 Approximately 8,000 Canadian soldiers supported the British Empire during the South African (Boer) War. The battles against the South African Republic occurred for over 2.5 years from 1899 until 1902. During the campaigns, about 270 Canadians perished. Eight years later, Walter Seymour Allward , of Vimy Memorial fame, was commissioned to design the South African War Memorial. At the top of granite column is the winged figure of Victory holding a gilded crown. At the base is a bronze sculpture representing Mother Britain flanked by two soldiers.  As expected, the sculptures are amazing. The memorial was unveiled in 1910 to great fanfare and was a huge community event for the city.  The names of the battles are listed on the tall granite column and on one side is an Ontario Historical Plaque dedicated to sculptor Walter Allward.  This is truly a beautiful memorial in the heart of the city. 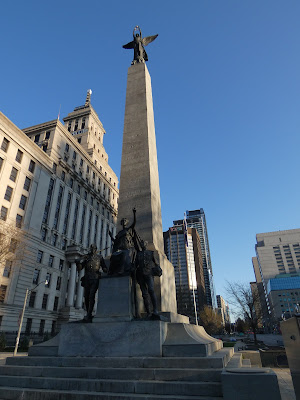 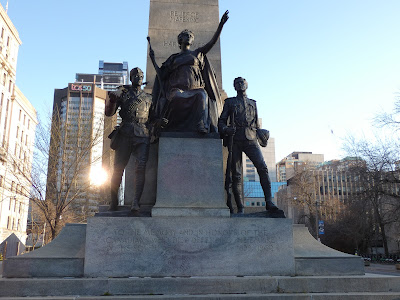 TO THE MEMORY AND IN HONOUR OF THE

CANADIANS WHO DIED DEFENDING THE EMPIRE 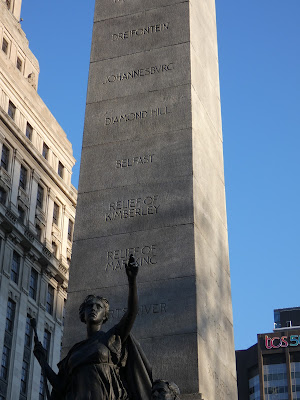 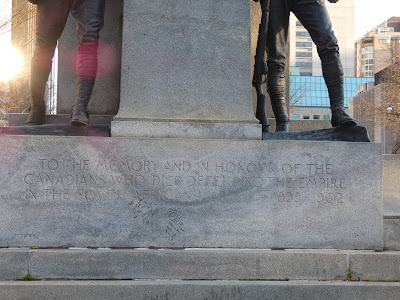 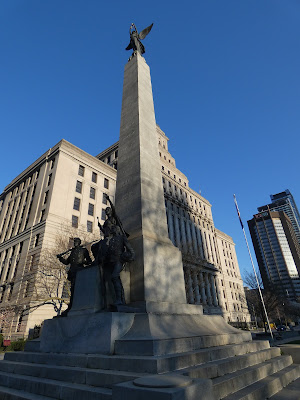 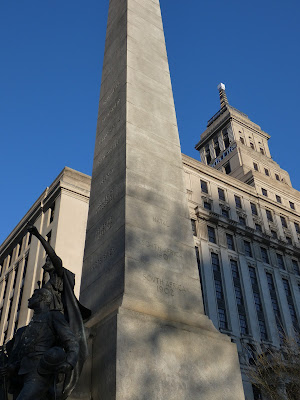 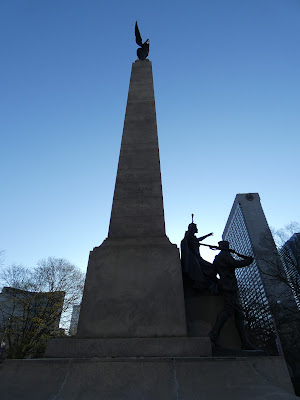 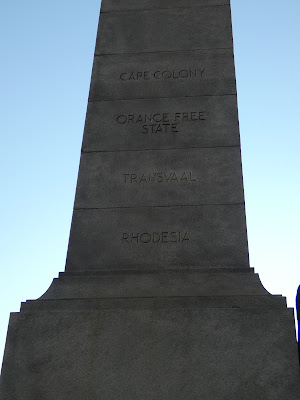 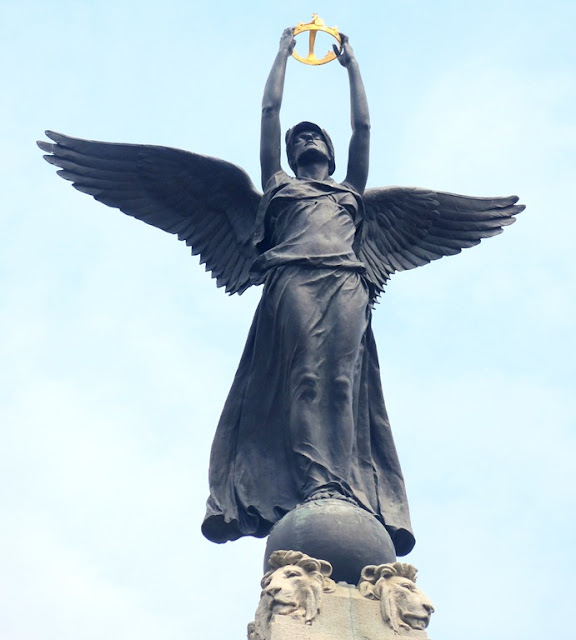 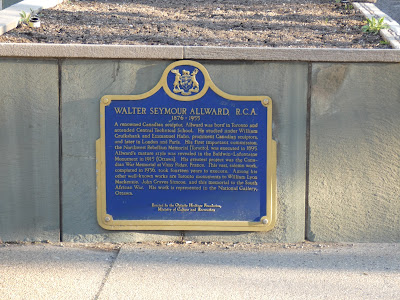 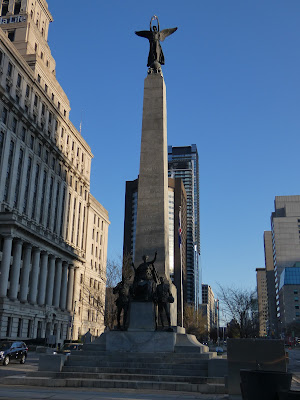 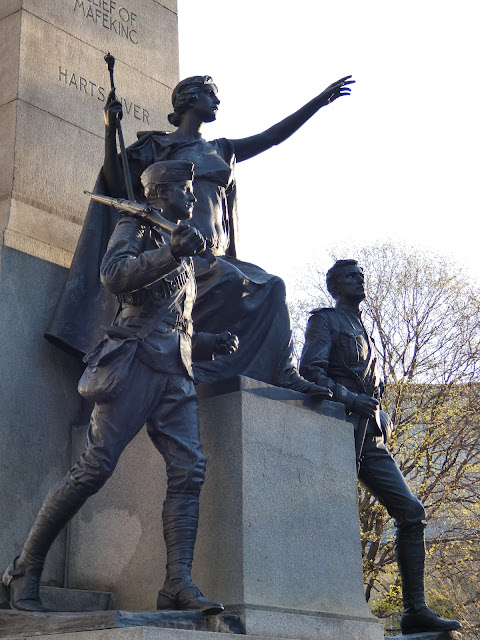 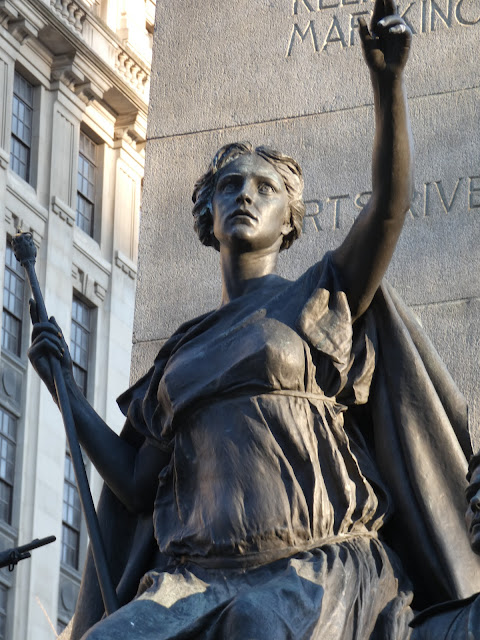 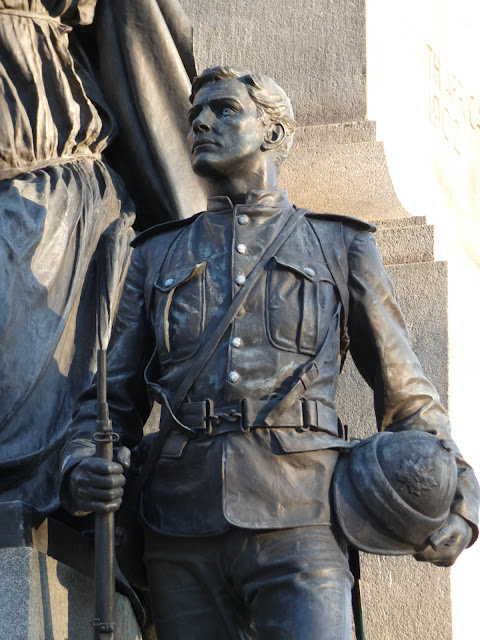 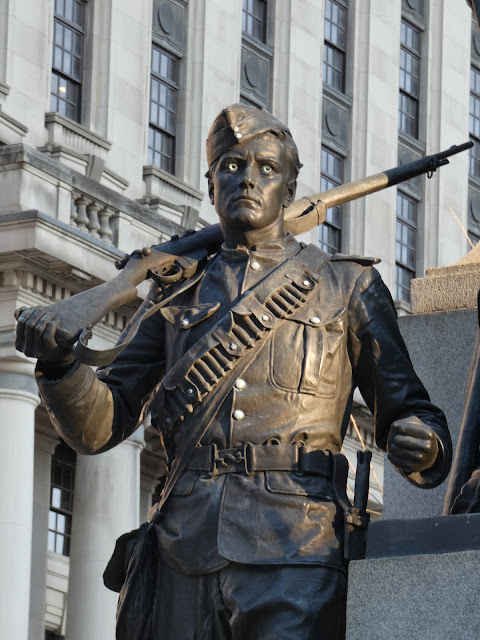 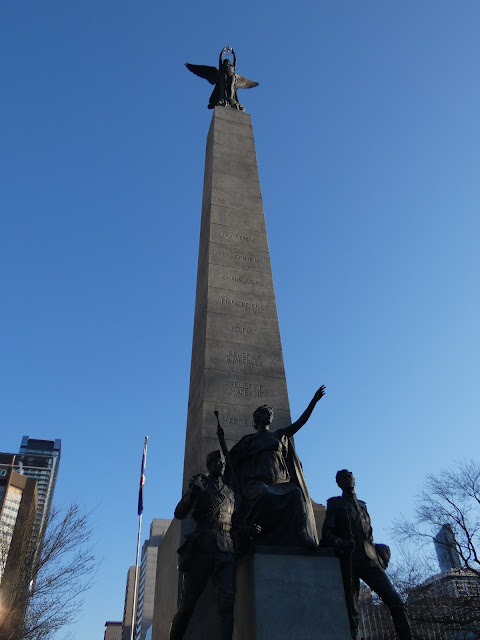 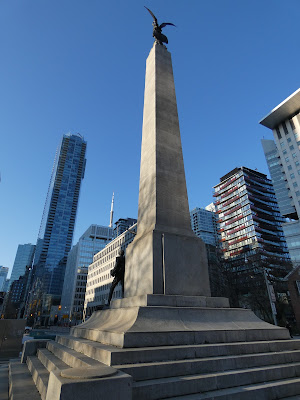 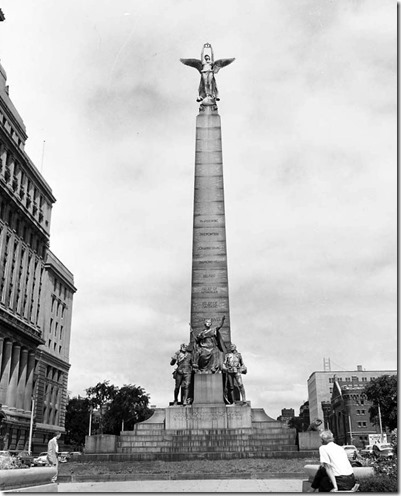 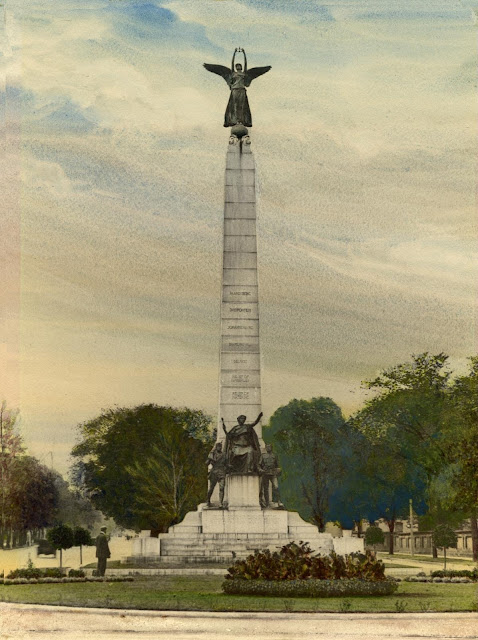