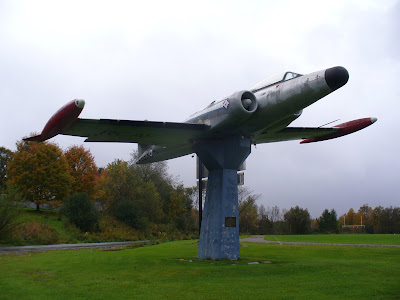 
Erected in 1974 by the local Royal Canadian Legion Branch 129 and the municipality of Dysart et al, is the Avro Canada CF-100 Mk 5 Canuck
Known as the "Clunk" the CF-100 was the first 100% Canadian designed and built all-weather interceptor and first flew in January 1950.

THIS AIRCRAFT HAS BEEN ERECTED
JOINTLY BY THE ROYAL CANADIAN LEGION,
BRANCH 129 AND THE MUNICIPALITY OF
DYSART ET AL. 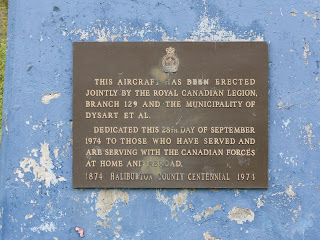 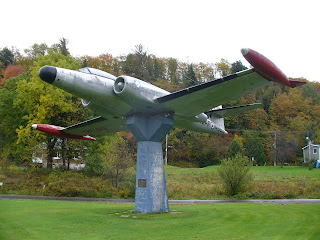