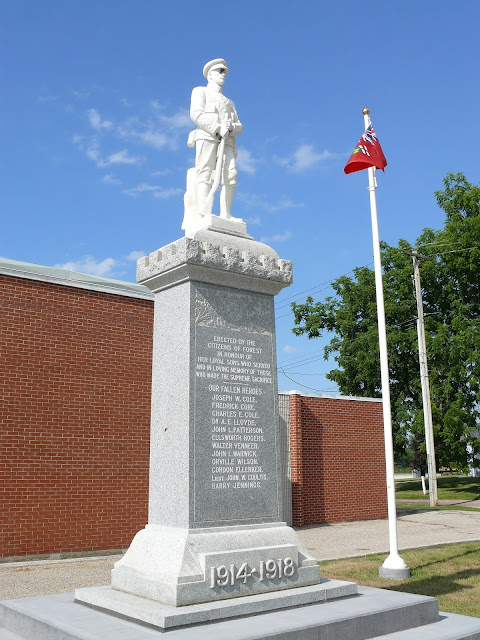 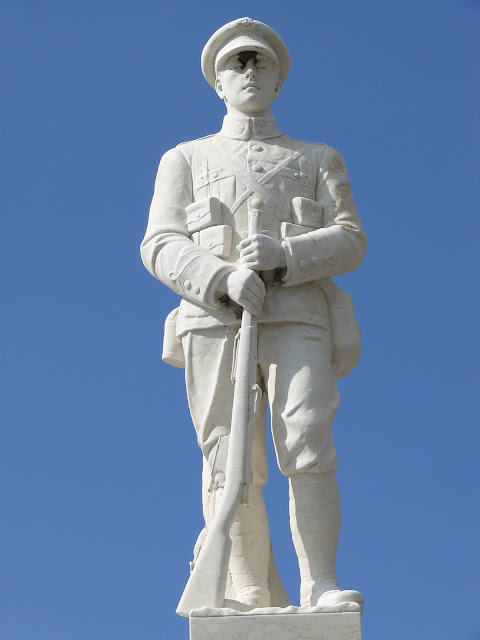 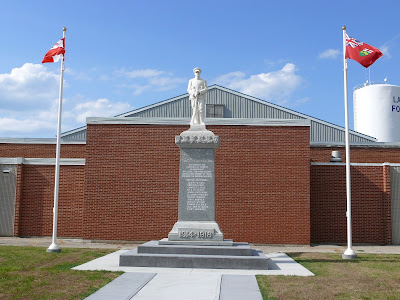 This memorial proudly stands in front of the Forest Community Hall, the statue of a Great War soldier, carved from Italian marble, standing tall over the grey granite shaft that will forever display the names of those who died in the two World Wars.  The memorial was originally unveiled in 1922 to great ceremony and dignity.  The original location was on King Street, north of the railroad station.  In 1950, the statue was re-located to its present location, to ensure its continuing importance and maintenance by the town landscaper.  In 2017 the Municipality of Lambton Shores undertook a major restoration of the grounds surrounding the Cenotaph. The following year the Royal Canadian Legion Branch 176, with funding assistance in the form of a grant from Veteran Affairs commissioned major restoration work on the statue. A re-dedication ceremony was held on June 3, 2019.  Today, a pair of "Lest We Forget" benches sit beside the pathway that leads to the cenotaph and saplings of the Vimy Oaks Legacy have been planted to accompany the statue of the lone soldier who peers down upon the names of the dead in sad remembrance. 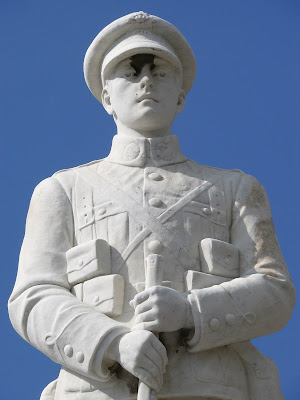 For more information about the cenotaph, see the website of the Forest Legion Br. 176:  https://forestlegion.ca/cenotaph 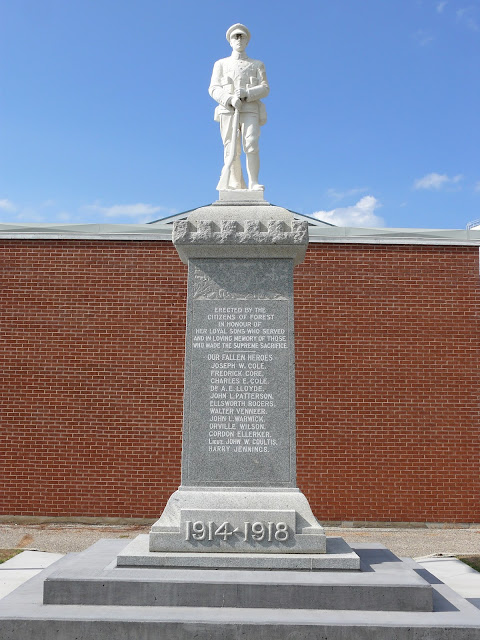 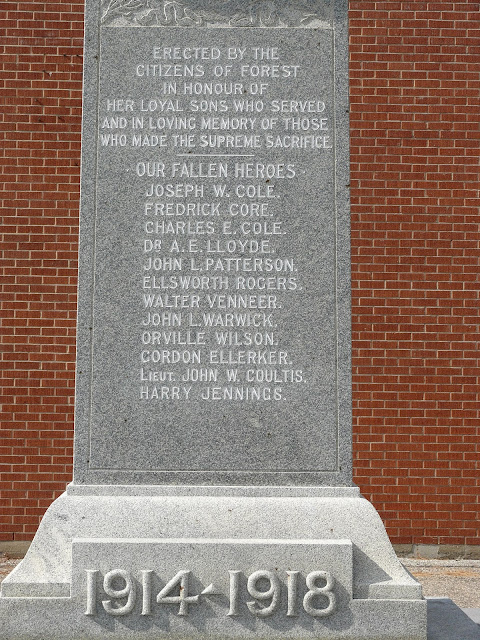 HER LOYAL SONS WHO SERVED

AND IN LOVING MEMORY OF THOSE

WHO MADE THE SUPREME SACRIFICE 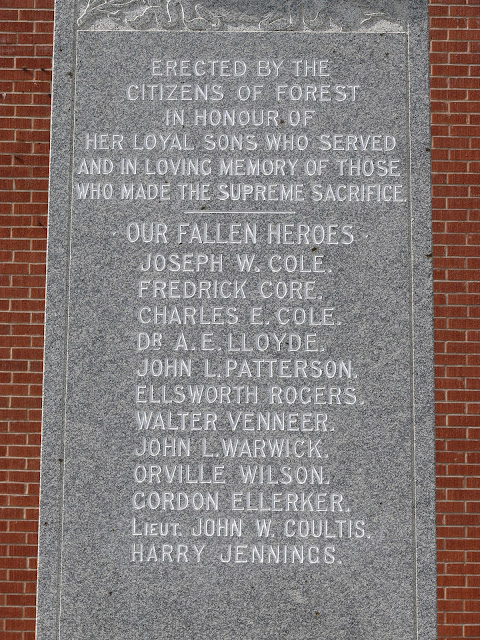 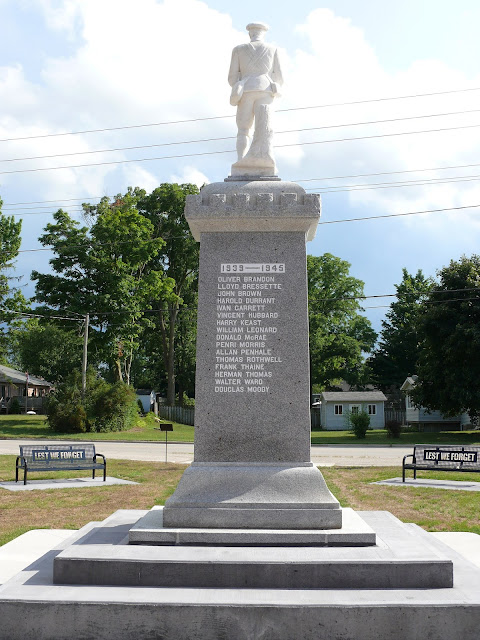 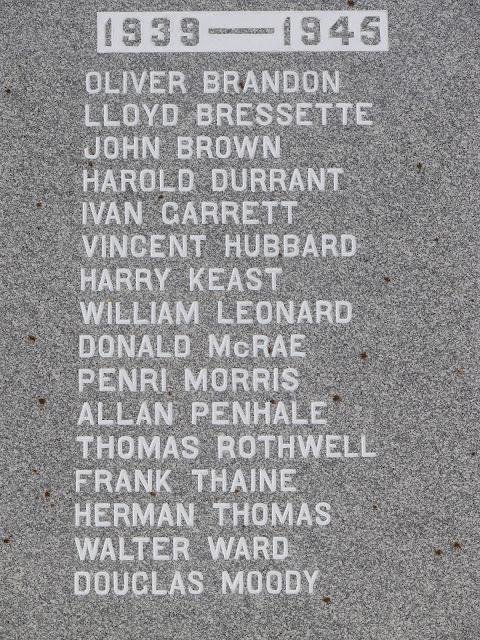 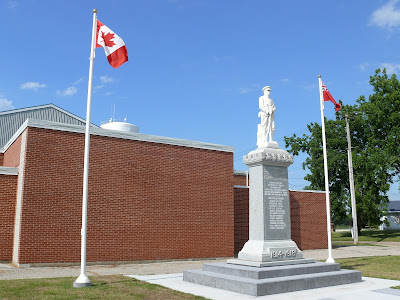 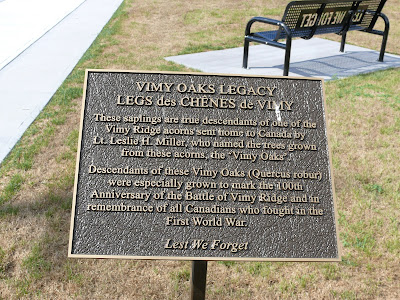 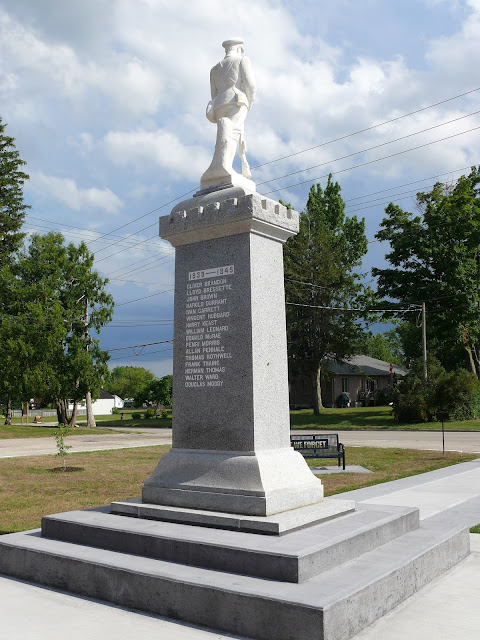